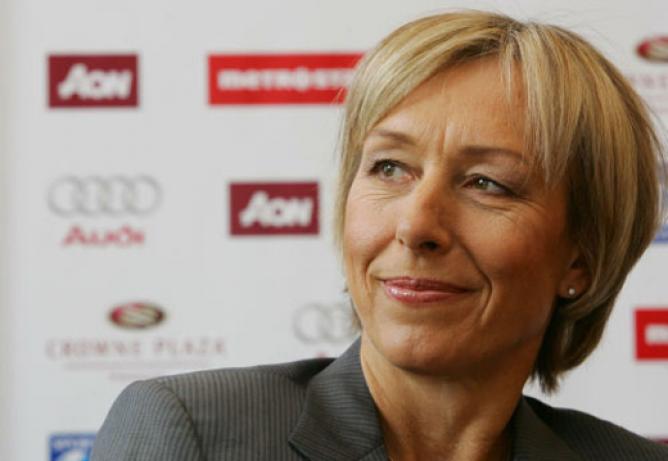 He said he would not let his daughter play tennis, as “almost all” female tennis players are gay, after saying that most male professional players are “normal”, meaning straight.

Navratoilova took to Twitter to hit back at Stakhovsky, saying she would like to speak to him in the future about his comments.

Did you really say this Sergiy? That you don’t want your daughter to play tennis because she might turn into a lesbian? That is how it is translated. What you said was homophobic. Perhaps we can speak sometime in the future.”

It’s sad to think in this day and age there are people who are narrow minded and speak derisively about women based on sexual orientation. It’s a sad reflection of old thinking and I’m proud of all our WTA players who are forward thinking, treat everyone equal and reflect life in the 21st century.”