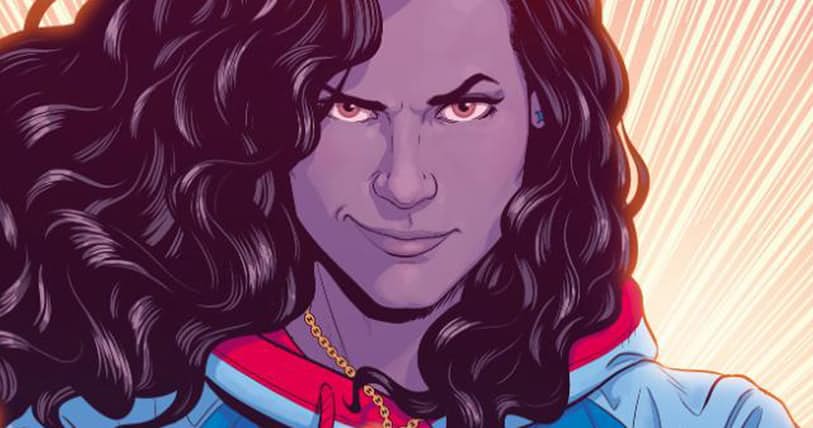 So this just happened – Marvel announced (at New York Comic-Con) that Ms. America – a.k.a. America Chavez (a character who debuted in Young Avengers and A-Force (Marvel’s all-female Avengers initiative) – is going solo in 2017 with an ongoing Marvel title.

The series will be called America, and will also be Marvel’s first solo-run about a lesbian superhero.

America – who was born on the planet Utopia (another dimension to ours) to her two mothers – has a set of badass superpowers; include flight, bulletproof skin, super strength, and inter-dimensional travel.

And because her first name is America, she chose Ms. America as a crime-fighting identity.

What is great about America, is she is more confident, and outspoken than other Marvel heroes her age.

America Chavez has already developed relationships with many of Marvel’s more well-known characters, including Hellcat, Squirrel Girl, and Loki.