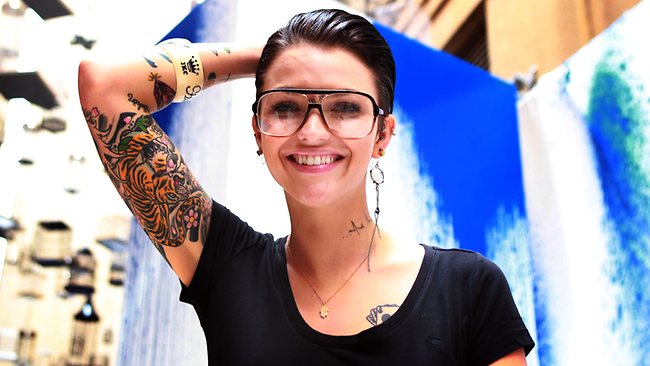 Ruby Rose has been the face of Maybelline since 2010. Yet, despite the fact that we’re living in the 21st century, the she is still faced with unnecessary stereotypes about her sexuality and looks.

Some people are into it, some people aren’t and I think everyone wears some part of makeup, it’s just how much they play with it and explore with it.”

Ruby joined Maybelline as an ambassador in 2010, bringing her signature look to the brand. To show her appreciation and dedication, early last year the ink addict tattooed Maybelline’s signature tagline ‘maybe she’s born with it’ onto her collarbone.

She is currently fronting Maybelline’s new Make Your Mark campaign.

“I got kind of emotional about it because it’s such a special campaign to me and it’s really about more than cosmetics or make-up, it’s about the individual and making your mark.”

Ruby is also set to play inmate Stella Carlin on in the third season of the hit series, Orange is the New Black. And if the rumours are correct, she will get in between Alex Vause, played by Laura Prepon, and Piper Chapman, portrayed by Taylor Schilling.