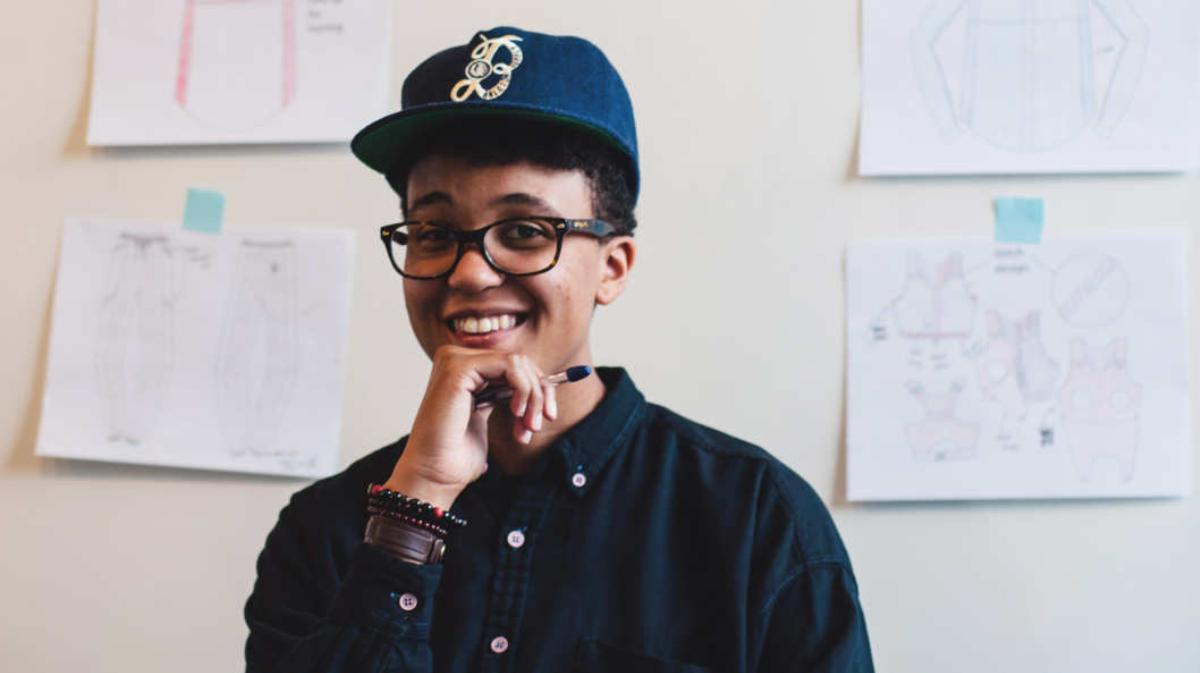 How did someone so young become so successful so quickly?

She’s always been driven. As a queer, Catholic black women from the south, she had to be determined if she wanted to change her circumstances. She started a poetry blog, hai/ku/ology. She enrolled in American University, then dropped out because the extracurriculars interested her more than the expensive classes. She empowered herself to “be really black and really queer,” found freedom, and worked at a start-up with other sharp-thinking queer women of color.

After being accepted to an exclusive entrepreneurship program, she launched the company, Butchbaby & Co., which sold maternity clothes for queer, masculine of center, butch and stemme women. Elle even interviewed her.

A booming blog. A successful company. She had it all.

Then she fell apart.

I think people don’t talk about the importance of self-care enough as an entrepreneur. I think I really lost myself. It was the first time I developed anxiety ever in my life. There was a lack of funding, so [Butchbaby] ended up collapsing in itself, and I was just getting really burnt out. I didn’t know how to take care of myself. We live in a way now where it’s hustle, hustle, hustle, hustle all the time, and I really bought into that.”

After taking a break for the first time in two years, Newman reassessed what she wanted. Butchbaby was gone, but she was still passionate about issues relating to queer people.

She launched Beau and Arrow, a “date curation studio.” It’s a boutique events planning agency that specializes in low-cost, but romantic and creative, dates. Millennials deserve to have a good time without breaking their banks, and because queer millennials and millennials of color are most affected by poverty, her studio is a spiritual continuation of Butchbaby.

So what can we learn from Vanessa’s story?

What’s next for Vanessa? The sky is the limit.