How Your Mental Health Affects Your Romantic Relationships 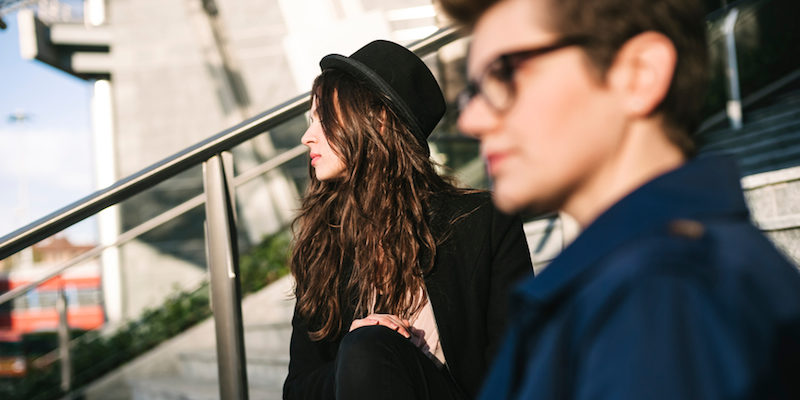 I’m going to share something with you that not everyone knows: I suffer from pretty severe anxiety, and mild OCD. This combination is something that affects almost every part of my life, in one way or another, and it often gets in the way of the things I want or need to do. There have been more weeks than I can count where my anxiety flared up right before a big deadline, or when I couldn’t focus on work because I was missing something that had literally nothing to do with anything important… But my brain turned it into this huge deal.

(I actually wrote about an anxiety attack that was triggered by a missing pen in this post.)

Sure, it’s not always that bad. There are days when I’m perfectly fine, and one of the most productive members of society that I know. There are days when everything is amazing, just like most people who struggle with a mental illness. But just because you’re okay one day doesn’t mean that everything is fine – it just means that you had a good day.

When it comes to our romantic relationships, the effects can be even more obvious. It’s either way too easy or way too difficult to remember that we have an impact on the people around us… So as much as we’d like to keep our mental illness to ourselves, it’s going to affect our relationships in a number of really big ways.

Stigmas make it difficult to talk about.

Most people with mental illnesses (or any other invisible illnesses) tend to not like talking about them because of the stigmas associated with them. It sucks, but the media is not our friend here. Most of the information that the average not-struggling person knows about mental health, they learn from fictional TV shows – most of which don’t paint a very true picture. We know the way television characters with mental illness act, and although the good representation is finding its way in, slowly, there’s still a long way to go.

Aside from the stereotypes we see on TV and in movies, we also know that people often associate mental illness, or talking about mental illness, with attention-seeking behavior. I’m sure we’ve all heard that old cliché that reaching out for help means you’re just looking for attention, which causes many of us to not ask for help when we really need it. I was guilty of this one a lot as a teenager, still coming to terms with my sexuality and my anxiety and dealing with high school. If I asked for help, people would think I was needy. So I struggled with it on my own.

We also worry that telling someone will change the way they feel about us. We fight our own battles, because we don’t want to give someone else the power to use our illness against us. Once you combine the stigmas with the way the mental illnesses affect our way of thinking, the thought of telling someone you love can become really, really scary.

Our symptoms get in the way of our daily lives.

A lot of people say that mental illness is all in your head. Well, they’re not wrong – it is entirely centered around the brain, after all. But since the brain controls literally every other part of your life, something going wrong in your brain can seriously mess up your whole day, and if left alone, it can cause some major long-term damage.

What’s even worse is that many mental health issues have symptoms that look a lot like just being a bad partner. Anxiety looks a lot like insecurity, and anxious people tend to need a lot of reassurance from their partners. This can make them seem clingy or jealous, even though they’re really just trying to confirm that their thoughts aren’t logical.

Bipolar disorder is a different monster entirely, as it can look like depression or it can be the complete opposite. Being manic means that the person will be impulsive, moody, and possibly even violent. This is usually followed by a period of severe depression. People with OCD or eating disorders might seem like (and even act like) control freaks, when really they’re just trying to get a handle on their own lives – not to control yours. There are probably a bunch of other mental illnesses out there that I don’t have direct personal experience with, so please share in the comments if there’s something I’ve missed!

We still have our mental illness, even when we seem well-managed.

One of the scariest parts of dealing with a mental illness is knowing that it’s never really gone, although the right treatment options can make a huge difference in how much our illness interferes with our daily lives. But treatment options are confusing – how do you choose between medication or behavior therapy or counseling, anyway? What if you try a new medication, and it actually makes things worse? (Yes, that happens sometimes.)

Many people ignore or minimize mental illness unless a person is actually in the middle of a nervous breakdown. Just because we find a treatment that works well for us doesn’t mean that we’re magically OK, and there are going to be bad days with any treatment. (As far as I’m aware, there’s no 100% cure for mental illness – just things that work for some people and some that work for others.) This means that things can pop up even if it’s been a really long time since the last time we had an episode… And that means we have to tell our partner once things get too serious, no matter how scary it is.

Mental illness sucks up your attention and your energy.

There are going to be days when we are completely used up and there’s nothing left to give to our partners. We know it looks bad, especially if it’s been a long streak without any intimacy. For someone who doesn’t understand the implications, it might seem like we’re uninterested, or that we’re falling out of love. This is not the case. It’s just that our illness is taking everything out of us, and there’s not enough left over.

Usually, these periods where there’s nothing left don’t last too long… But sometimes they do. Sometimes we go weeks or months without being in the mood, simply because we’re struggling a little harder. We can’t stop thinking about the way our brains are sabotaging us. We can’t stop thinking about how we’re hurting our partners, through no fault of their own. As bad as we already feel about our mental illness, we feel worse because our illness won’t stop reminding us about how we’re hurting them.

We need someone patient and brave.

Being with someone who struggles with mental illness takes someone brave, courageous, and proactive. It takes someone who’s willing to help us just by being there for us, not by putting us in a box on the shelf. We’re not fragile – we just process brain chemicals differently. It literally comes down to science.