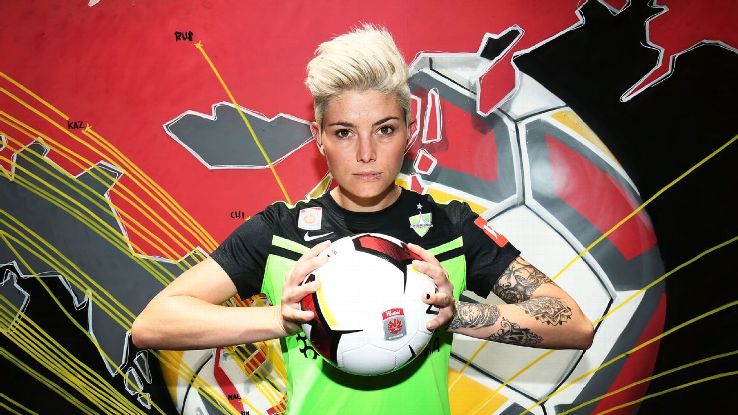 An Australian football team whose official fan group waves homophobic banners and sells them as merchandise has been condemned by one the country’s sporting stars.

It was condemned as homophobic by Football Federation Australia, resulted in a $20,000 fine and led the University of Western Sydney to pull its sponsorship of the mens’ team. 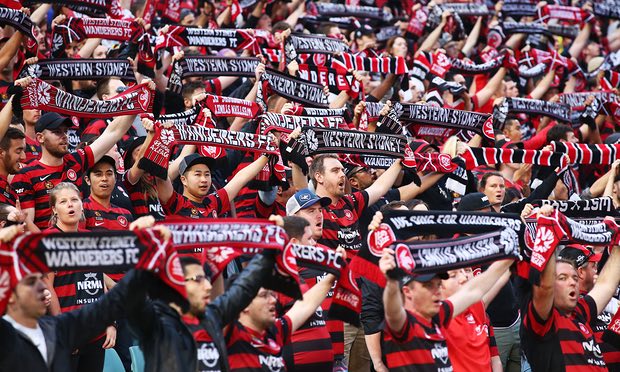 The supporters club even handed out 18-month bans to 14 supporters, and chief executive John Tsatsimas said the club was committed to monitoring homophobic behaviour at matches and on social media.

But despite this, months later images of the banner are still being displayed on social media by group.

Talking at inaugural Pride in Sport awards, out footballer, Michelle Heyman – who has played 53 times for the national side – said the group’s bigoted defiance “breaks my heart”.

For this to still be online after three months, it’s just a joke and something like this should never happen. It’s very disappointing that not enough has been done.”

Alex Blackwell, the vice-captain of the Australian women’s cricket team, also called on sponsors and football’s governing body to be tougher on homophobia.

The fact that it is a club-sanctioned supporters group means that the Wanderers have put their trust in those people to uphold the values of their brand and their club, and that hasn’t happened. I would expect the Wanderers would be disappointed.

Their action has to be swift and I don’t believe that to have been the case. To have a pinned tweet remaining there for far too long, there needed to be action coming directly from the top, to take a strong leadership position that we are a sport for everyone and will not tolerate prejudice.”

Joseph Roppolo, the president of Sydney Rangers FC, Australia’s first gay-inclusive men’s football club, said the banner’s continued prominence was disappointing, given how the Wanderers had handled the initial controversy.

We feel Western Sydney did take appropriate action for banning their fans, to me that was an appropriate response.

They also did some really great, proactive work around the rainbow laces campaign. The upsetting thing is that three months since that homophobic banner, the Red and Black Bloc haven’t taken those images down off their social media.

I’m hoping the Red and Black Bloc will realise that these images are deeply offensive and very dangerous. I think it’s a damning indictment that the club still haven’t been able to pull their official supporters group in line, and if they can’t, maybe the sponsors will.”

Heyman said that while the FFA had always supported her, they could learn from the AFL.

We’ve only just started the Pride in Sport campaign. It’s only been a few months, so we definitely need to follow in bigger footsteps, like how the AFL have done amazing things. Maybe FFA can learn from other codes.”

Responding to the FFA’s decision to censure WSW and RBB members for the homophobic banner, the RBB Facebook group wrote that “football in this country is in the wrong hands.

Football belongs to the people. not a dictatorial body or the likes of so called expert commentators. F*** off with your pandering to mainstream media. But, since this banner has been so popular, we are considering a new line of relevant merchandise, and as everyone has an opinion, let us know yours regarding the merch.”

In a Facebook comment on Thursday, the NRMA said it wanted “to reiterate we are saddened by the incident involving the offensive banner at the WSW game in February, and want to make it clear that we do not support this kind of disgraceful behaviour”.

We have once again spoken with the club to express our disappointment and to remind them of our high expectations for the game and fan behaviour.”

PrevPreviousSorry, But The Story About A Chinese Lesbian Billionaire Couple Was An Viral Hoax
NextSay What?! Controversial Study Claims Women Are Lesbians Because Men Want Them To BeNext