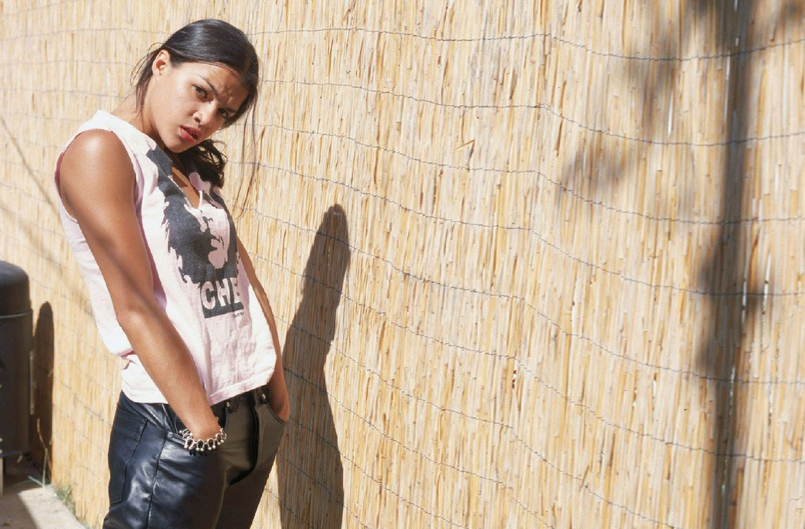 However, in recent interview the Fast & Furious 7 star said being bisexual is “natural and organic” and makes her feel “free”. She has previously been romantically linked with Cara Delevingne, Kristanna Loken and Zac Efron and says she enjoys experimenting in her personal life.

(Being bisexual is) something natural, organic. I want to try new things and I want to feel free.”

The 36-year-old actress, whose father is Puerto Rican and mother hails from the Dominican Republic, has fought hard against stereotyping in Hollywood and shied away from “sexy” roles.

I avoided sex as if you were avoiding a bullet because Hispanic roles always have been about bad girls, temptation and sl*ts. But I don’t want anything of that. Sexual freedom has won me.”

Also, talking to Entertainment Weekly, she revealed that she entered into s spiral of sex and hard-partying to try to ignore her thoughts about life after Walker’s death.

Rodriguez sys the shock of losing a trusted friend, “the deepest guy I know,” caused her to unravel.

I actually went on a bit of a binge. I went crazy a little bit. I went pretty crazy. A lot of the stuff I did last year I would never do had I been in my right mind.”

Rodriguez has spent much of the last 16 months living a life in the tabloids. She was photographed by paparazzi in various states of romantic embrace with British supermodel Cara Delevingne, partying on a yacht with Justin Bieber, and getting intimately acquainted with Zac Efron in Spain and Sardinia.

I was pushing myself to feel. I felt like nothing I could do could make me feel alive, so I just kept pushing myself harder and harder. I was traveling and I was having sex. And I was just trying to ignore everything that I was feeling…”