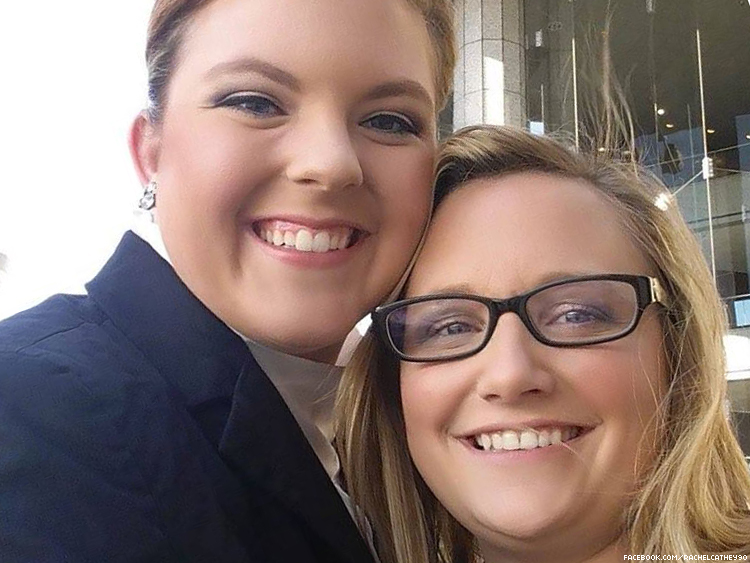 Another day – another beautiful couple to discriminated against.

A Missouri couple will not be able to host their wedding next year at the venue of their choice, as the owners do not support same-sex marriage.

The owners of the venue, told the couple they’re not welcome because they’re lesbians, according to a Missouri newspaper.

The news came as a shock to brides-to-be Rachel Cathey and Beverly Vaughn, when the women and Cathey’s mother toured the venue last week and came face-to-face with owner Sara Howell’s antigay beliefs.

Cathey told the Sedalia Democrat of the venue

It is stunning. It’s so pretty — we looked at each other and said ‘This is it, this is where we’re going to get married.’ We started talking about a place for the bride to get ready. Sara said ‘we have a bridal suite.’ I said, ‘We have two brides.’”

That’s when Howell dropped the bombshell that Heritage Ranch does not permit same-sex weddings at the venue.

Before she could even finish I asked why and she said ‘because we’re Christian and we don’t,’”

It is a violation of our religious beliefs. We would have to violate our conscious to allow that to occur here. We feel we would be dishonoring God, who we serve and He was the one who gave us this business and it is only right we serve him and honor him with it. It would be a sin for us to allow that, so we could not in good conscious do that.

It’s not a personal matter. It’s a matter of religious conviction and personal belief.”

Josh Howell said the couple has turned away one other couple due to their Christian beliefs. Now the victimizers are playing the victim, complaining they have been on the receiving end of telephone and social media hate messages.

We’ve had several hateful messages over the phone and social media since the article was published and we found it very hypocritical they criticized us for being hateful and then follow that up with hateful comments toward us,”

Howell told the paper he and his wife are within their rights to deny service to Cathey, as the event venue is housed on private property, though it is accessible to the public.

Meanwhile, Cathey and Vaughn have received the backing of a statewide LGBT group, Promoting Equality for All Missourians, otherwise known as PROMO.

We are working to pass the Missouri Non-discrimination Act, known as MONA. It would add sexual orientation and gender identity as protected categories to the Human Rights Statute that protects against discrimination in employment, housing, access to public services. Businesses that are open to the public — provide public accommodation — currently cannot deny service based on race, religion (and national origin, ancestry, gender or age). With MONA that would include sexual orientation and gender identity.”