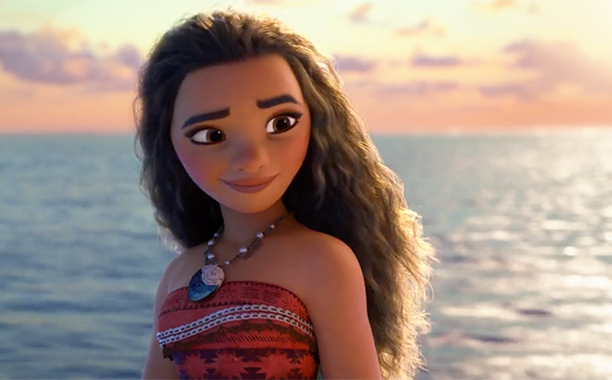 The newest Disney princess isn’t a princess. She’s a warrior.

“We saw this as a hero’s journey, a coming-of-age story, in a different tradition than the princess stories. I don’t know if any of the other princesses we’ve been involved with we’d describe as badass,” say Ron Clements and John Musker, directors of Moana.

So who is this badass heroine? Moana is a sixteen-year-old Polynesian warrior living in the Pacific Islands about one thousand years ago. For millennia, Pacific Islanders were the best navigators in the world – until 2,000 years ago, when all Pacific navigation abruptly stopped. One thousand years later, the navigation started again, and historians are still scratching their heads as to why. Moana‘s directors believe that a teenage girl was the answer.

What makes this heroine so different from Disney’s long register of princesses? First, this movie has no romantic subplot. Moana is focused on her goal, and does not need a heterosexual relationship in order to find fulfillment.

Secondly, if you put Moana beside a princess such as Ariel or Tiana, you’ll notice a stark difference: Unlike the unnaturally thin and waifish bodies of most Disney princesses, Moana’s body is muscular. She looks like a girl who fights monsters, not a girl who sits swooning in a tower. This is a welcome change.

What does this mean for queer women? Well, it’s about time Disney told stories about different types of womanhood. Moana proves that women can be strong, that they don’t have to revolve their lives around men, and that they can be non-heterosexual (the lack of romance in Moana doesn’t mean that she’s asexual or queer, but one can hope).

Is Moana overtly queer? No. Will Disney ever have an overly queer female protagonist? Fingers crossed. Is this movie a major achievement for women who don’t identify with stereotypical femininity and traditional gender roles? Most definitely.

Should you and your girlfriend see Moana when it comes out in theatres on November 23? One hundred percent yes.