If you don’t know who Quinlivan is by name, that’s okay. But we’re sure you’ve seen her a lot over the past year.

She’s walked hundreds of shows, starred in editorials from Vogue to LOVE to InStyle (and dozens more), modeled in the lookbooks of top tier designers like Oscar de la Renta and Marc Jacobs, and worked with just about every photographer, makeup artist, and hair stylist you can imagine. 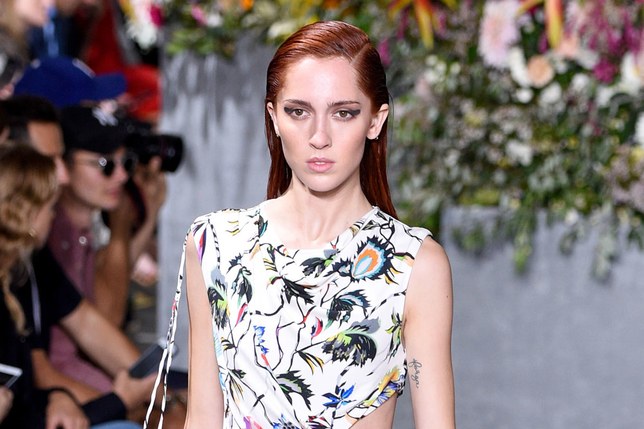 This week, in a candid CNN interview, the model capped off a busy New York Fashion Week by coming out as transgender

Quinlivan told CNN’s Clive Martin that she began her transition at 16, but decided to open up about her gender identity for the first time publicly because of “the political climate in the world right now ― particularly in the United States.”

Quinlivan said she felt “a great sense of urgency” given a recent spate of anti-trans violence, as well as the various ways in which President Donald Trump’s administration has rolled back rights for transgender Americans.

We made an amazing progression under the Obama administration, and since the new administration took office there’s been a kind of backlash. There’s been violence against transgender people ― particularly transgender women of color ― since before I even knew what transgender was. I’m very fortunate to be in [a] position [that] I never really thought I would be. It’s really important to take advantage of a time like this.”

Quinlivan – who has presented as a cisgender female since her modelling career took off – is also aware that, despite the fashion industry’s increasing acceptance toward people who don’t fit the stereotypical model mold, she may now be referred to as a transgender model, instead of simply a model.

If being transgender is something that gets attached to my name throughout my career, then it’s for a worthy cause. But I look forward to the day when it doesn’t matter. The transgender community needs more visibility. And with more visibility will come more acceptance.”

This week, Quinlivan also posted a short film detailing her transition on Instagram.

So far, the response has been positive. Designer Marc Jacobs told CNN that he “respects, admires and supports” Quinlivan for coming out.

Now more than ever it is vital that we pledge our allegiance to the LGBT community and use our voices to encourage and inspire acceptance, equality, understanding and love.”

Quinlivan joins a small but visible lineup of openly transgender models in high-end fashion, including Hari Nef and Andreja Pejić.