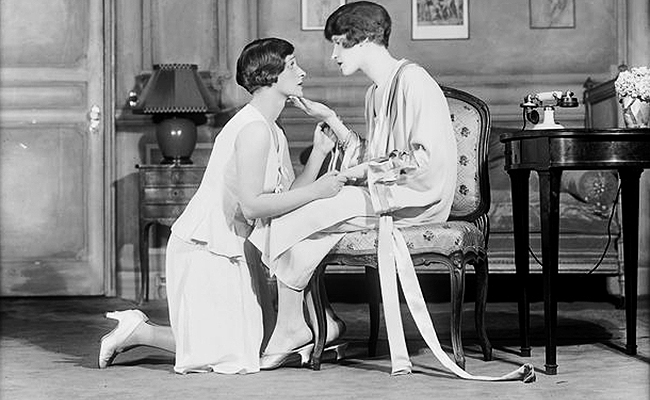 Today, I can proudly kiss my girlfriend in public. Forty years ago, I would have been convicted for that. That’ s what happened to two men who kissed in public at a California rest stop in 1976; they were arrested, convicted and forced to register as sex offenders.

I’m so grateful every day for the progress that the LGBT movement has made in America. We still have a long way to go, but we’ve come so far.

With help from LavenderEffect.org, I’d like to remember some major LGBT landmarks that happened in September.

In what is now Belgium, a man is convicted of sodomy and burned to death at the stake – unfortunately, this is the first of many executions for “homosexual acts” in Western Europe.

Leaders of the French Revolution create a new law code that decriminalizes consensual gay sex (by not mentioning it).

Dr. Evelyn Hooker is born, and will go on to empirically prove that homosexuality isn’t a mental illness. Because of her research, homosexuality will be removed from the DSM.

An older woman seduces a younger woman in The Captive, a lesbian melodrama that creates an uproar on Broadway.

An NYU professor is the first to use electric shock therapy, AKA aversion therapy, to “cure” gay people.

After protests by the Gay Liberation Front, gay men are allowed to hold hands inside L.A. bars.

The National Organization for Women publicly acknowledges that discrimination against lesbians is antifeminist.

The Gay Republicans club is founded.

The Homomonument is dedicated in the Netherlands; this monument honors LGBT victims of the Nazis.

The US Senate passes the Defense of Marriage Act, banning gay marriage.

A California court rules the “don’t ask, don’t tell” military policy as unconstitutional based on the first and fifth amendments.

What will your role in history be?