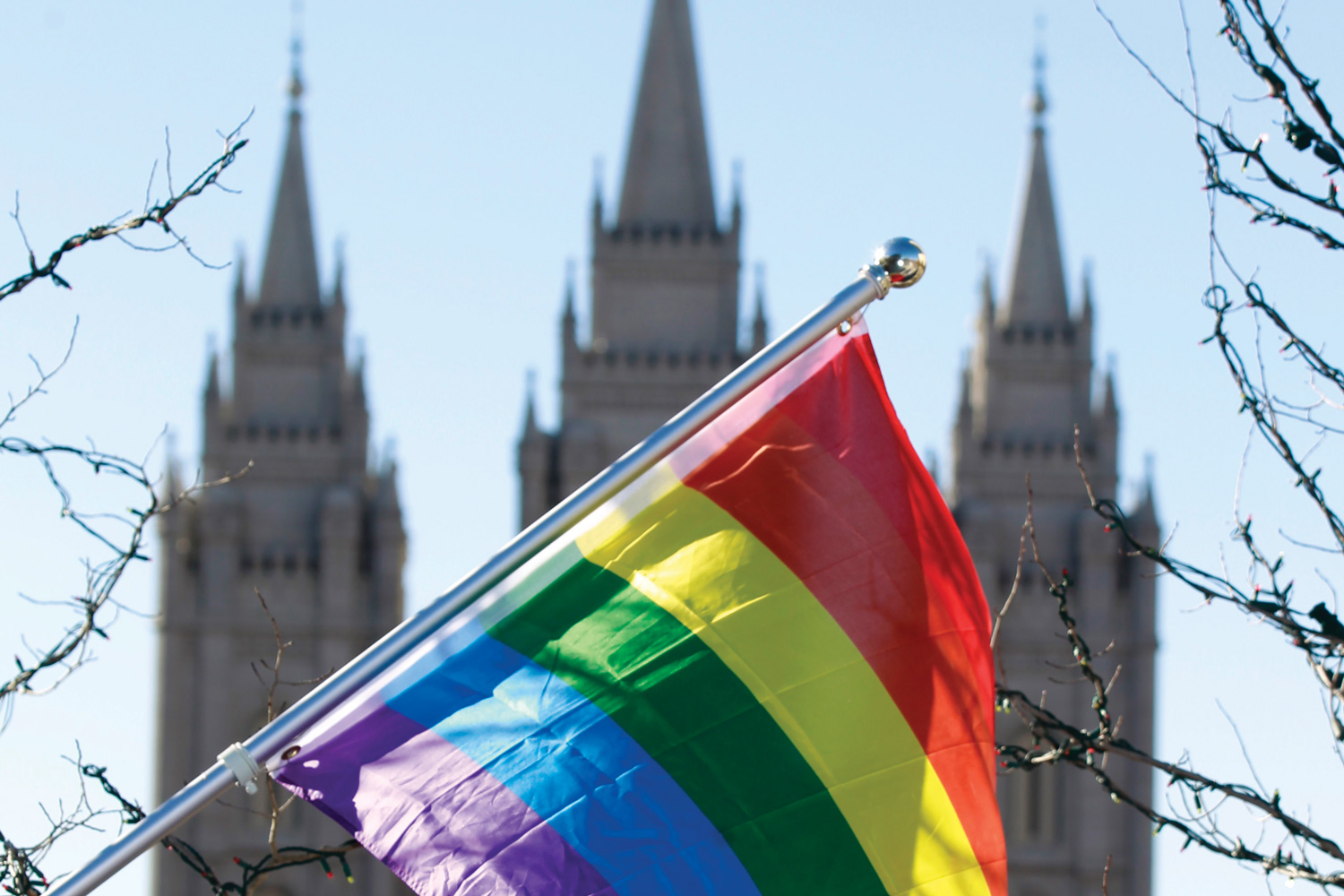 The Mormon church is taking steps toward LGBT-inclusive policies. Small steps, but steps.

You may have heard of “Pray the gay away,” a nickname for a controversial form of religious conversion therapy that promises, through prayer and punishment, to turn homosexuals into heterosexuals. This form of “therapy” is particularly common among conservative Christian groups.

While some queer Christians willingly attend programs that promise to “correct” them, many are sent unwillingly – families often ship their gay children to conversion camps and therapists.

Recently, the Mormon Church launched Mormon and Gay, a website aimed at adherents who experience “same-sex attraction” (SSA). For the first time, through this website, the Mormon Church admits that being homosexual or bisexual isn’t a choice and that sexual orientation cannot be changed. They disavow all forms of conversion therapy.

However, the Church maintains that homosexuality is a sin.

What does this mean for people who “struggle” with SSA? The Church claims that their new anti-conversion therapy  initiative is all about spreading God’s love. In fact, the top of their website reads, “God loveth all.” Elder Dallin H. Oaks says, “What is changing—and what needs to change—is helping Church members respond sensitively and thoughtfully when they encounter same-sex attraction in their own families, among other Church members, or elsewhere.”

Unfortunately, Elder Oaks also says, “There is no change in the Church’s position of what is morally right.”  If you are married to a same-sex partner, the Church doesn’t believe that you can participate in services. And if you’re married to a same-sex partner and have children, then your children cannot be baptized until they’re eighteen and disavow the marriage. Many Mormons choose to have “mixed orientation marriages,” marrying a partner of the opposite sex in order to avoid sin.

We can applaud the Church for finally admitting that sexual orientation cannot be changed. However, the Church still has a long way to go.