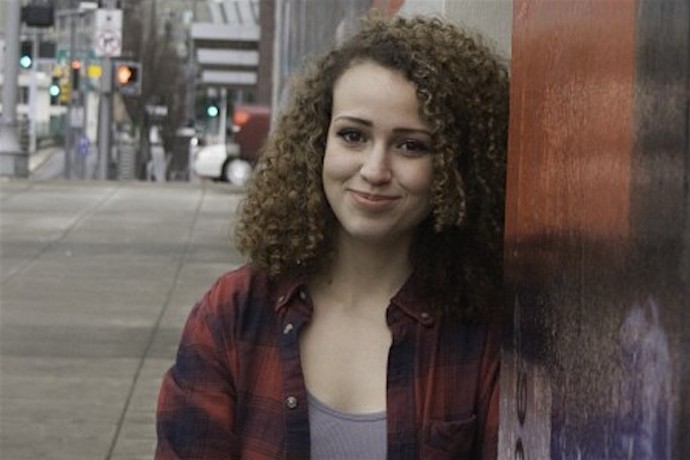 21-year-old ex-Mormon Alex Cooper, of Salt Lake City, is speak out against her experiences coming out to her parents aged 15.

When Alex Cooper, came out to her Mormon parents in 2009, rather than embrace their gay daughter, they first kicked her out, then decided they were going to “fix” her.

They took her to the home of fellow Mormons Tiana and Johnny Siale in St. George, Utah, where Cooper was subject to eight months of captivity and torture, according to her book, Saving Alex.

Cooper claims that the pair – who did not have any license or training to operate as a therapist – subjected her to cruel and unusual punishments, including beatings, forcing her to stand facing a wall for up to 18 hours a day, and making her wear a backpack full of rocks.

It’s like sending you to therapy to change your eye colour… it’s not going to work. What it’s going to do is damage you.”

The teen was forced to stay with the Siales, living in captivity and surviving a suicide attempt.

She says many in the Mormon-dominated local community were aware of the pair’s methods, but did not raise a hand to help her.

Eventually she was allowed to attend a local school – and sought help through the juvenile court system via a Salt Lake City attorney.

Years after securing her right to live openly, Cooper now wants to stamp out the threat of ‘gay cure’ therapy to other teens.

Cooper, who now lives as an out lesbian in Portland, Oregon, and is no longer a practicing Mormon, ultimately chose not to prosecute the Siales.

She has also reconciled with her parents, saying she believes they were only doing what they felt was right, and following the tenets of the Mormon faith.

I don’t blame my parents. I am able to share my life with them, and it’s awesome.”

The Church of Jesus Christ of Latter-day Saints, which once conducted shock and vomit aversion therapy on homosexual members at Brigham Young University, no longer advocates so-called “reparative therapy.”

However, it still teaches that gay sex is sinful, and in November the church unveiled a policy declaring same-sex couples “apostates” and barring their children from being baptized.

More than 30 young LGBT Mormons reportedly have committed suicide in the wake of the policy.

In response to Cooper’s book, the Mormon church issued a statement saying it “denounces any therapy that subjects an individual to abusive practices,” according to KUTV.

We hope those who experience the complex realities of same-sex attraction find compassion and understanding from family members, professional counselors and church members.”