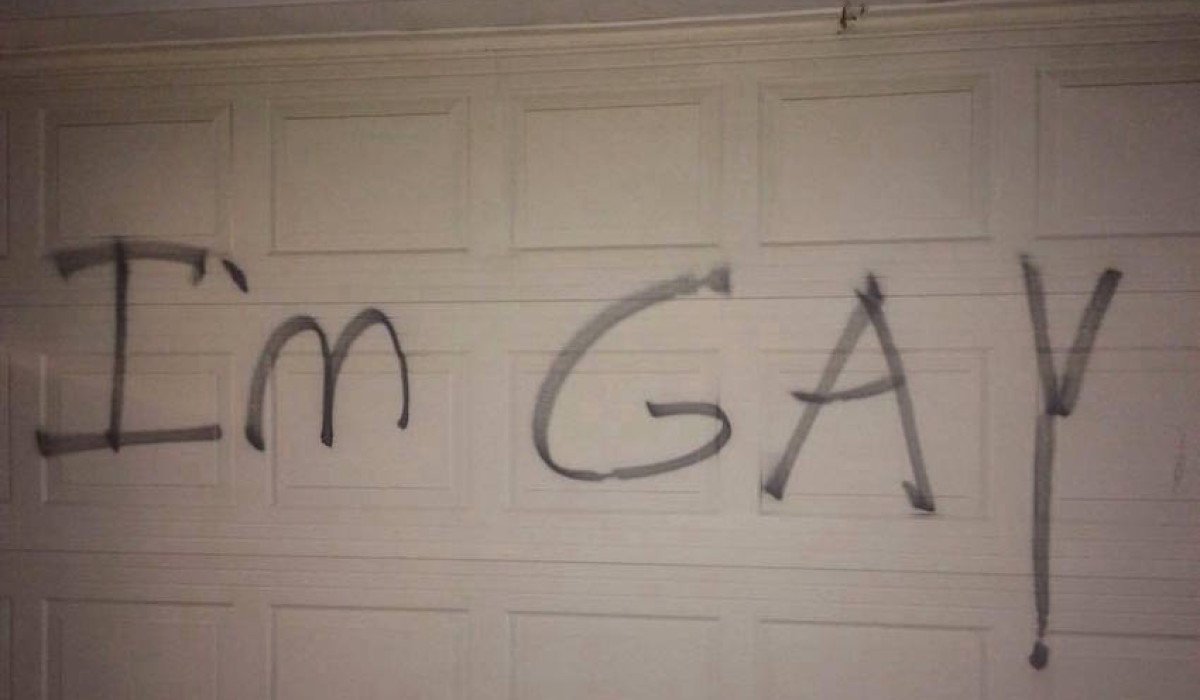 Miranda DeLong, who identifies as bisexual, returned from work with a transgender friend to find her garage doors spray painted with the words: ‘I’m Gay.’

She immediately woke up her parents and her younger sister, who is also bisexual, and the family gathered outside to inspect the damage.

The sisters were in state of shock and their parents were furious, but their mother responded in the coolest way possible.

Instead of covering the graffiti in the original white, Erin and her daughters repainted the door in rainbow colours.

Our kids are our everything, and to see them hurt is worse than being hurt ourselves.

We decided that some announcements deserve more than gray spray paint. We made it rainbow so we could include all sexualities, we have many LGBT friends that visit our house and we wanted them to all feel accepted. It was a way to support them all.”

The DeLongs then posted the before and after photos on the Stop Homophobia and Have A Gay Day Facebook pages, where the family have received an outpouring of support.

Writing on the Have A Gay Day page.

A couple nights ago someone thought it was a good idea to spray paint “I’m gay” on my house at an attempt to insult/humiliate my sister and I, we’re both bi and many of our friends who spend time at our home are lgbt members. Today, me and my mother painted it rainbow. Being gay is rad!!!”