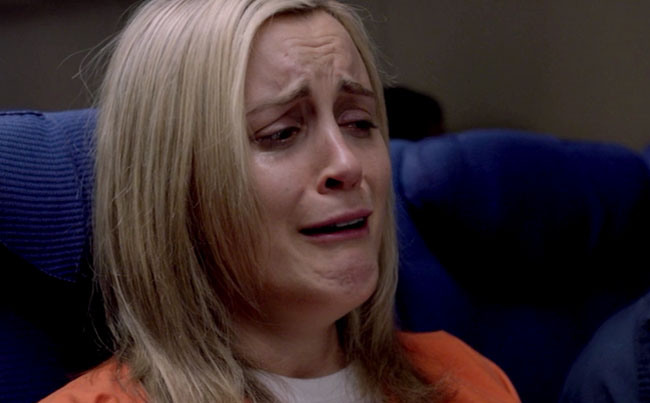 Have you ever noticed that after crying your eyes out watching a real tearjerker, you suddenly feel slightly exhilarated?

Well, it turns out you’re not the only one. Scientists in the Netherlands tested the effect of crying during particularly emotional films, and they discovered that it can actually have a positive effect on our emotions.

A group of 60 adults were asked to watch two seriously weepy films, La Vita E Bella and Hachi: A Dog’s Tale. The participants’ emotions were then charted for the hours after the films were switched off.

Those who shed a tear during the films (28 out of 60) felt sad initially, but experienced a positive change in emotion around 90 minutes later. As for those who didn’t cry, their mood remained unchanged.

“After the initial deterioration of mood following crying, it takes some time for the mood not only to recover but also to be lifted above the levels at which it had been before the emotional event.”

So, if you’re in the mood for a good weepy film after reading this, here are a few lesbian classics we can always count on to have us in floods…

Really you just weep for all the lesbos in the 60s who had this as their one and only lesbian movie.

This is one of the most depressing coming out films you’ll ever watch. Tear and tissues required.

In my brain, the movie begins when she’s topless by the gate. If you start the movie there and stop it before she gets on the plane, you’d be a lot happier. She’s way emotional and needy. Like an orphan kitten. An orphan kitten who does drugs. There’s no greater hope in the end, just a beautiful woman who’s dead. And happens to be queer.

Powerful film about a tragic life. After you watch this film, you’ll be left pretty blue.

The epic depression brought on by Boys Don’t Cry is multi-layered. If you know the story even before watching the movie and you think you’re prepared? No, you aren’t. Also, it’s CALLED Boys Don’t Cry! So even if you’re a girl or an otherwise-gendered-or-not-person, you’re already thinking about whether or not you’re gonna cry.