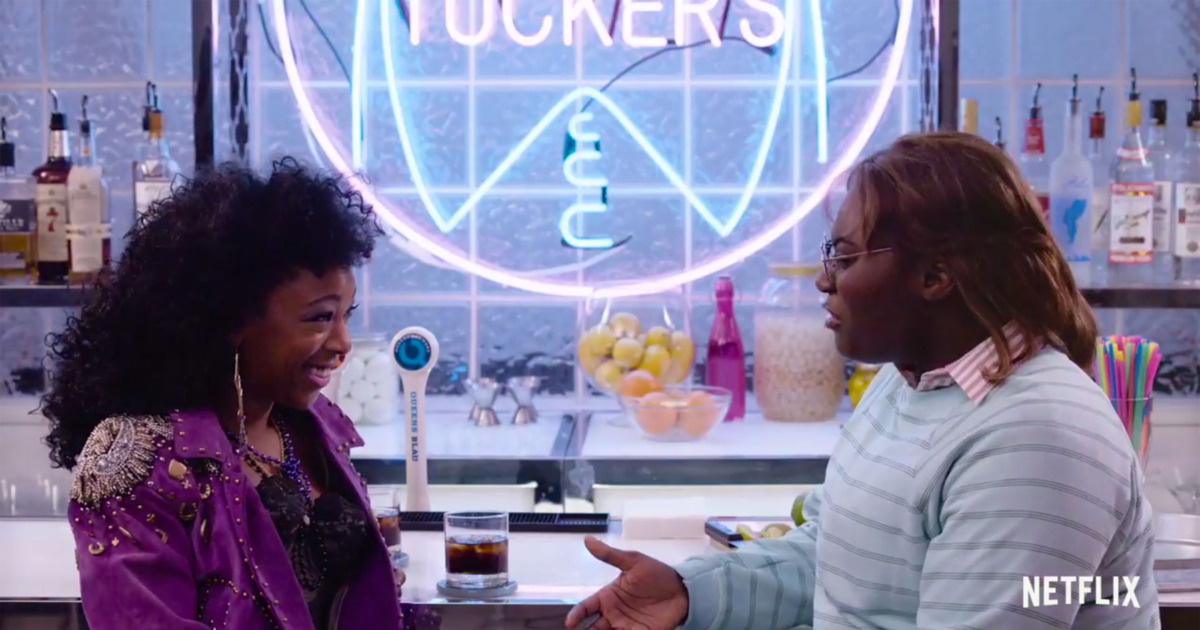 So you know that Black Mirror episode set in the ’80s? Well, here it is with Poussey (Samira Wiley) and Taystee (Danielle Brooks) from Orange Is The New Black.

(Spoilers for Orange is the New Black Season 4 below!)

At the end of the last season, Poussey was dramatically killed, sparking a riot inside the prison.

But in the clip Taystee dreams of seeing her one more time in Black Mirror’s virtual afterlife, San Junipero.

The pair reconcile and dance, but a few moments later Taystee is sent back to the land of the living – waking inside the prison.

Although we’re struggling to accept that this is the last time we’ll ever see Poussey back with a Litchfield inmate, we’re still excited to see how the prison has changed following her tragic death.

Season 5 promises to be an explosive one, with the show left on on a cliffhanger as the pregnant Daya points a gun at prison officer Humphrey – and a gunshot is heard.

The Netflix show will be back on our laptop and TV screens on June 9, picking up exactly where it left off.