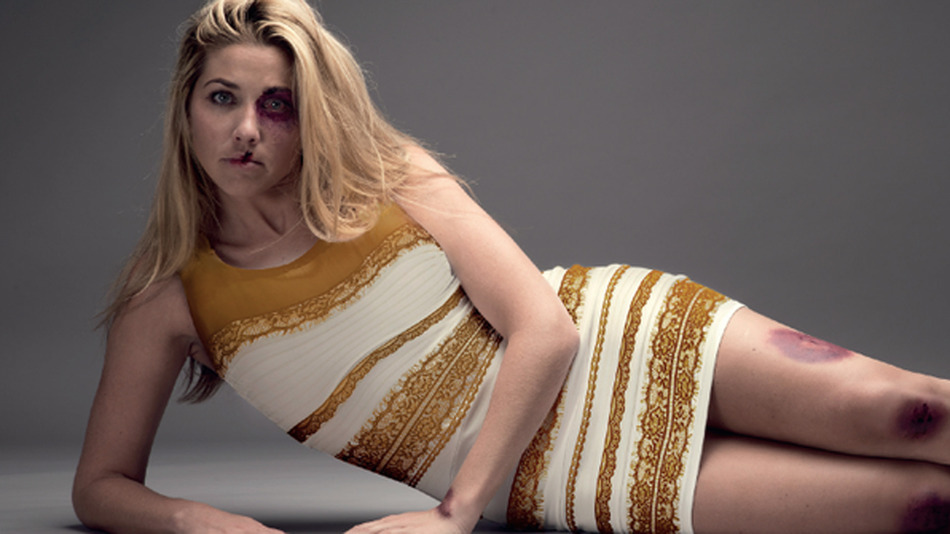 Last week the world went crazy over the picture of a dress which some saw as white and gold, while others saw it in blue and black. Picture was shared millions of times online – opening a catalog of debates including gender, race and prejudices.

However, the South African branch of the Salvation Army has but the picture to good use; using #Dressgate to launch a powerful awareness campaign around domestic violence.

Why is it so hard to see black and blue? One in 6 women are victims of abuse.#StopAbuseAgainstWomen pic.twitter.com/FgDdKdsMMb

The organisation has produced a poster showing an image of a young woman, covered in cuts and bruises.

She’s also wearing ‘that dress’ – albeit the mythical white and gold version.

The message on the advert reads: ‘Why is it so hard to see black and blue?’

A caption adds: ‘The only illusion is if you think it was her choice. One in six women are victims of abuse. Stop abuse against women.’

Using the hashtag #StopAbuseAgainstWomen, the campaign hopes to piggyback off of the enormous virality of the white and gold/ blue and black argument.