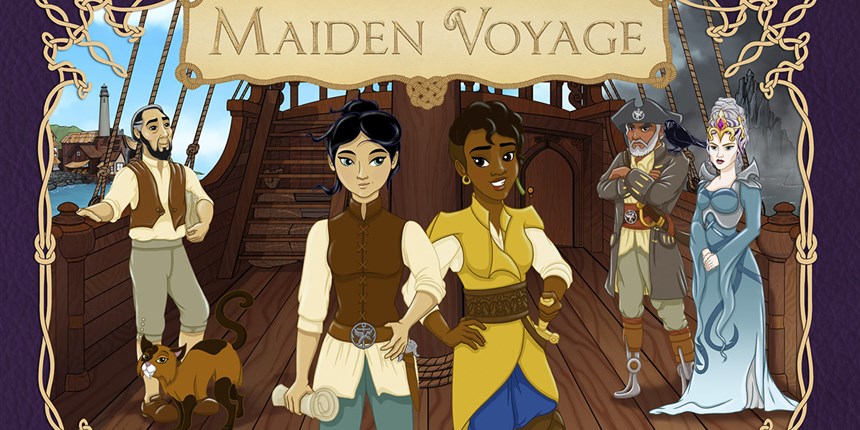 A Kickstarter campaign for an illustrated children’s book, which is aimed at 5 to 10 year olds, had generated nearly $30,000 this week.

What makes this story a fantastic one is that the book is follows the love story of two women.

The Maiden Voyage, will follow a fisherman’s daughter, Ru, who inherits a treasure map from her father and joins the crew of the adventurous Captain Freya. Captain Freya and Ru develop a strong bond on the high seas as they try to escape a gang of pirates, and that bond eventually turns into love.

Maiden Voyage is the follow-up to Promised Land, a children’s book released in February that centres around the love story of a farmer’s son and a prince.

“It’s important for young people to feel included, that they have a place in the world and something they can relate to. If they can identify themselves within a story, that empowers them to be who they are.”

Poipoi said Maiden Voyage was a project he “just could not say no to.” He said he hopes it will lead to “more respectful discussions about what equality is and what it may look like.”

Maiden Voyage is expected to be released in June 2018, just in time for LGBTQ Pride Month.