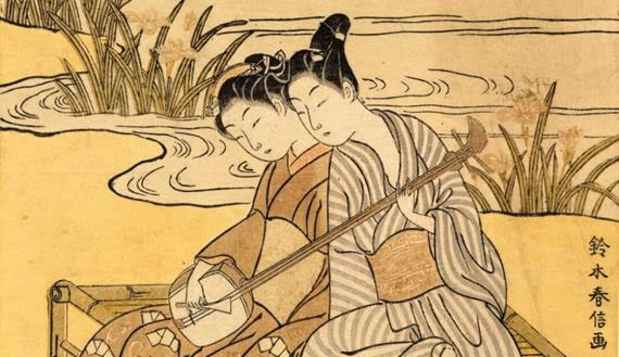 But not too long ago, Japan led the way in blurring gender binaries.

Between 1603 and 1868, when American colonists were burning witches at the stake and English women were being locked up for “hysteria,” Japan was exploring fluid ideas of gender and sexuality.

Teenage boys called wakashu dressed extremely effeminately. Japanese people considered them a third gender, and men and women both pursued (and were pursued by) them sexually. When wakashu grew out of adolescence then they, too, could pursue wakashu.

This is much like “boy love” in Ancient Greece, except for one distinct difference – women too could sleep with wakashu, indicating that Japanese people thought of both sexuality and gender as loose guidelines instead of strict boundaries. People didn’t have to be married to have sex, and sex was far from purely procreative.

Curve Magazine remarks that in Edo culture, “homo-eroticism, androgyny, gender ambiguity and bisexuality flourished and were encouraged.” Women slept with each other as often as they did men.

A new NY exhibition called A Third Gender: Beautiful Youths in Japanese Prints explores the history more thoroughly in order to shine the light on non-Western ideas of sex and sexuality. Clearly, Puritan Christian rules were not the norm everywhere.

Learn more about the exhibit here.