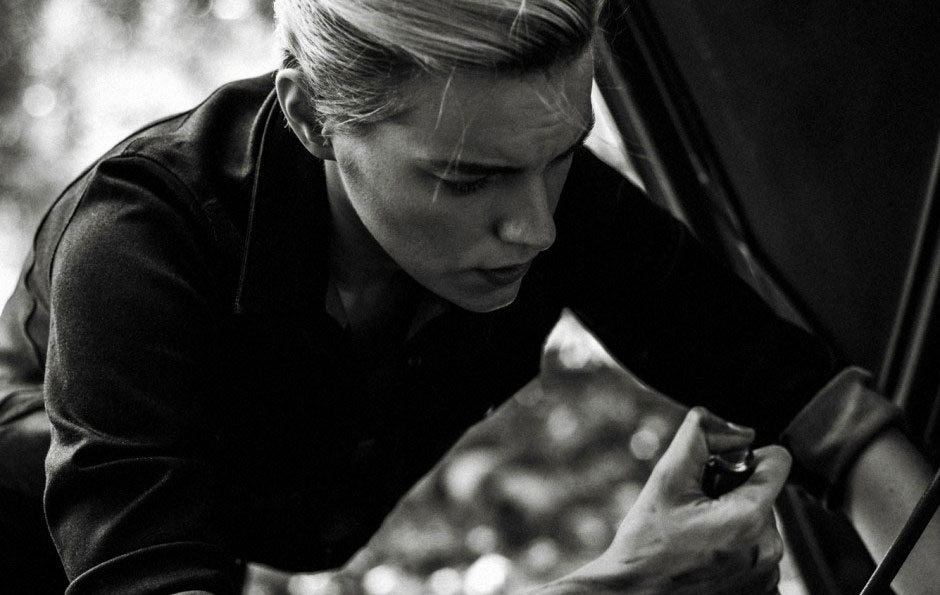 Erika Linder is androgynous modelling royalty, cultivating a successful career by creating her own modelling category. Neither feminine, nor masculine.

The fashion world always changes. You can’t keep up and it’s not something I keep up with to be honest. I think it’s hard for androgynous models to really get known or get a good gig. This world in general is hard to get into and do well I reckon. It all depends on how far you wanna go. I just imagine that I wanna be the best that I can be…

I feel like you have to be to get somewhere. Not pretend to be anything that you’re not. It’s easier for me. The term of being consider as an androgynous model is not something I really care about like that, not something I think about but I love doing both. It’s fun and interesting. I love getting into character. I’d be bored just doing one of the two. I’m just having loads of fun with it.

I have has pretty much embraced everything I’ve done. To be honest I feel like one of the first photo shoots I’ve done as a young Leonardo DiCaprio for Candy magazine back in 2011 made a big difference. It was the shoot that made people realize that I could shoot as both genders. I have done so much in such little time, it’s crazy. Commercial stuff mixed with edgy work and everything goes hand in hand so every little thing counts.

That’s what’s so great about it. Everything just works well together by being completely different. I have some major stuff coming out still, campaigns, movies, music and designing so I’m looking forward to that.”

Photographed by Graham Dunn at I Heart Reps