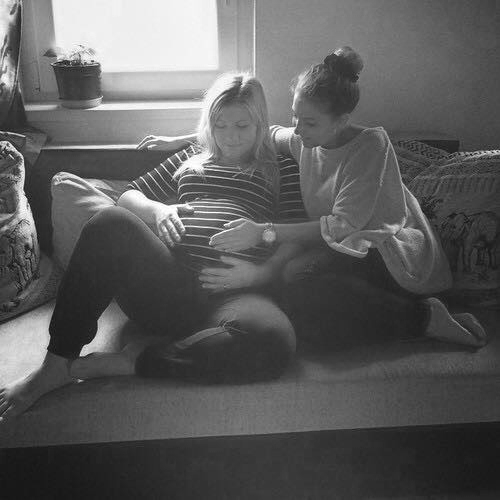 According to new research, same-sex couples may one day be able to have children who are genetically related to both partners.

A new technique – yet to be tried on humans – would involve scientists collecting a specific type of cell (such as a muscle cell) and producing a stem cell. These stem cells would then be used to create gametes (sex cells) – including creating an egg from a man or a sperm cell from a woman.

Research published in the Journal of Law and the Biosciences investigates the potential of this new scientific technique, known as ‘in vitro gametogenesis’ (IVG).

This could include ‘multiplex parenting’ with children having groups of more than two parents, or children with just one biological parent.

Scientist Sonia Suter from George Washington University, USA, explains IVG may be preferable to other fertility treatments in some circumstances, but in others it could be ‘substantially more problematic’.

For single parents, where all of the baby’s genetic material would come from one person’s DNA, there are greater challenges, Suter says.

We have minimal knowledge about the implications. The only way to demonstrate the effectiveness and safety of these techniques in humans is to use in vitro gametes (sex cells) to try to produce viable offspring in controlled settings – when and if we deem it sufficiently safe to do so.”

This is wonderful science, but it’s going to raise questions. There are possible uses of it, which in my opinion can be useful. For instance, for somebody who has no sperm at all or a woman who has no egg, if you can use any of their cells to create sperm or eggs then they can have treatment, so to use it in that way specifically for treatment, in my opinion may have some benefits.”

It would completely challenge our notion of parenthood with very complex legal implications. That’s where it gets very scary.”