The vice-president of the Nigerian Football Federation, Seyi Akinwunmi, has been quick to clarify his homophobic comments on female football players, blaming lesbians for the national team’s recent decline.

The Super Falcons have won nine of the 11 African Women’s Championships that have taken place since 1991, making them the toughest female side on the continent. 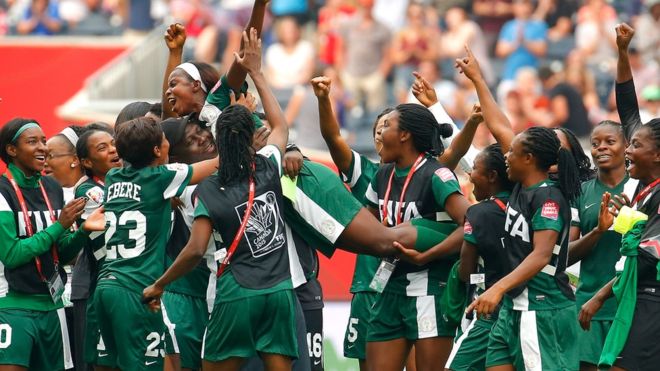 But the team failed to qualify for the 2016 Olympic Games, and hit the spotlight for the wrong reasons when Akinwunmi was quoted as saying “Lesbianism kills teams” in Nigeria.

Same-sex relationships are banned in Nigeria, which is a deeply conservative country where homosexuals say they often suffer abuse.

The vice-president, however, subsequently hit out at the skewed versions of his speech, and said he was referring to the difficulty of attracting sponsors for the women’s game.

I noted that one of the problems we have encountered in trying to raise funds for the women’s game, is the perception of lesbianism therein.

We strongly believe that there are still potential sponsors out there who will lend their support to help us develop our female teams because of the glory that these girls have brought to this country and their enormous potential to do even more.”

The Oyo State Chapter of the Sports Writers’ Association of Nigeria (SWAN), to whom Akinwunmi gave his original speech, also defended the official.

We wish to place it on the records that the observations of Barrister Akinwunmi, who is the first vice President of the Nigeria Football Federation (NFF) is being interpreted out of context and being promoted in negative connotations by those bent on mischief, most of who were not present at the forum.”

The NFF 1st vice President in his response to the question by one of the participants began by avowing his huge passion for women football and grassroots football which his administration as Chairman of Lagos State Football Association has championed.

Among some other problems of running women football he highlighted were comparatively higher costs and lower returns on investment. He also pointed to the dearth of women football players arising from the place of women in traditional practices of the country and the concentration of interest by both corporate Nigeria and individuals on men’s football.

His only mention of lesbianism was in general terms and not relative to women football and it in no way suggests an opinion on sexual orientation of any player. Sexual restriction in football camps is also enforced in men’s teams and the reason is obviously to reduce the distraction from focusing on work.”

It is not the first time the NFF says it has been misquoted on this issue.

Three years ago it denied that an official had said lesbians were banned from playing in Nigeria.

Players for the national women’s side receive significantly lower pay and bonuses than their male counterparts.