Now I Know I Want To Be With A Woman, How Do I Move Forward? | We Answer Your Questions 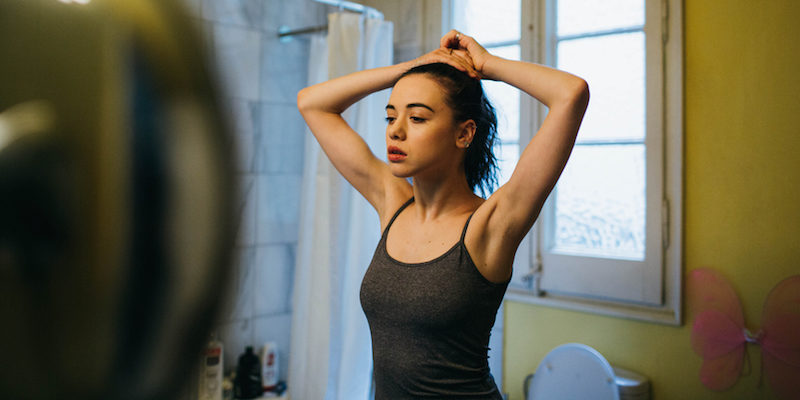 Q: Now I know I want to be with a woman, how do I move forward?

I’m 25 and over the past two years have been struggling with questioning my sexual and romantic orientation. Throughout my life there have been signs that my sexuality was fluid but only when I realised I’d fallen hard for a female friend, did it change my entire life. To cut a long story short, I told her my feelings, she cut me off and broke my heart and since then every priority has altered.

Relationships have always taken a back seat for my career all of which hasn’t ended up going the way I wanted but now I think about it all the time. Now I’m finding everything is changing at a rapid rate, I’m drifting from friends, I have no idea what my career is, feeling as if I need to move away and start again and I want a relationship so badly that I know I am just projecting desperation which I know is never good.

Not because I think it will complete me, or something like that, but because I’m so used to being on my own, I now really want to share my life with someone special. The problem is I have poor experience in dating, I’m terrible at the art of seduction and now am committed to finding a relationship with another woman but have no idea how to go about this having only attempted to date men before.

What makes things worse is that I am only just coming to terms with the fact that I am definitely not straight but not completely gay either, (although I no longer see myself with a man, at least not for a long time). Because of all the myths and bad reputations of bisexual or fluid people floating around, convincing myself to accept it has been tough, but the idea of finding someone else who accepts it, particularly a woman who accepts that so far and at my age, I have only had sex with men (albeit really awful) and have never had a long term relationship, seems impossible.

With my lack of romance experience and my fluid orientation and my age, my fear is that I am well and truly un-dateable and will be alone forever. Is there any hope?

A: Well, reader, let me tell you: You are not alone in your discovery of a fluid sexuality. In fact, it’s pretty widely believed that all humans are sexually fluid – some just may not find the catalyst for their desires to change. Sometimes, it happens – and acceptance of it can bring you a great deal of satisfaction on its own.

That’s not to say that exploring it isn’t in your best interest. You fell for a female friend and she shot you down – that’s okay! Not everyone finds love right away. Those fairy-tale movies where the first person you fall for, happens to be the love of your life? Yeah, that doesn’t really happen in real life.

By getting your first female heartbreak out of the way, you’re actually better off. Your pain tells you that you were more than just “curious” – not that there’s anything inherently wrong with curiosity, but it’s important to know where you stand.

You might think this is a late point in life for you to be realizing things about yourself, but the truth is that things can change at any point. I know women who didn’t realize they were bisexual until they were in their mid-to-late 40s. You’re definitely not a late bloomer!

In my experience, women also value different things in a relationship than men do, which can be to your benefit. For example, you say your dating experience with men was bad – it’s possible that the issues you had with them won’t relate to your issues with females. In some ways, everyone wants the same thing, but the truth is, the “same thing” that everyone wants is happiness. There’s no set in stone right or wrong. If someone isn’t happy with you as you are, don’t bother with them – somewhere out there, there’s someone who will think you’re perfect. Whether that person is a man or a woman isn’t really an issue, as you have given yourself “permission” to pursue it in either way.

My advice to you in your future dating endeavors is just be honest, with yourself and your dates. If the person isn’t a good fit for you, don’t try to force it – a little bit of a sting in the beginning will hurt a lot less than revealing down the line that you have been “faking it”. Don’t fall into that trap!

Also, be honest with the women you’re dating in terms of your experience. Some women choose not to date bisexual women – and there’s not really anything you can do about this. It might not seem fair, but everyone is allowed to have a preference. You shouldn’t ask them to compromise their “criteria” any more than you would be willing to compromise your own (even if these criteria are different, as they often are).

I have actually written an e-book on this subject, and I recommend you take a look at it. If you have a Kindle Unlimited subscription, it’s free to read, and if you don’t, it’s only $1. (To be frank, you can sign up for a one-month trial of Kindle Unlimited for that price and find a wealth of books that may help you – but I have only written one.) If you’re interested, you can find it (http://www.amazon.com/dp/B0165PQIJK).

I wish you all the best in your journey – in the path to self-discovery it’s inevitable that you will find new things about yourself. There are no wrong answers, as long as you are honest and safe about your exploration.

PrevPrevious13 Mind-Blowing Oral Positions To Add To Your Routine
NextThe Rules Of Attraction: What Are You Looking For In A First Date?Next