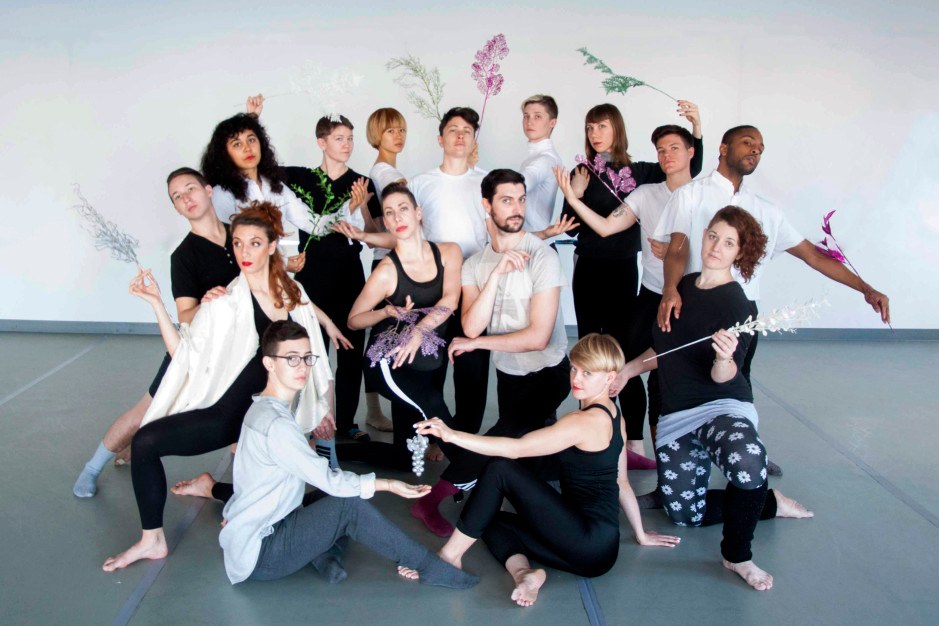 Although ballet is not known for its inclusivity, one New York City dance troupe is using the style of dance for queer expression and activism.

Founded in 2011 by dancers Katy Pyle and Jules Skloot, Ballez describes itself as a company and community that “invites everyone to witness and celebrate the history and performances of lesbian, queer, and transgender people.”

Ballez also “re-writes the narratives of Story Ballets to tell the history of our lineage, as dancers, and as queers,” “re-imagines Archetypal characters to reflect multiplicity: of identity, desire and expression” and allows its dancers to claims their “inherent nobility and belonging within, around, and on top of a form that has historically excluded us.”

Ballez’ next project is “Sleeping Beauty & the Beast,” with the troupe explaining that it has been re-written “to insert the herstory of lesbian and queer activists into the ballet canon: the striking Garment Workers of 1893, and the AIDS activist dykes of 1993.”

Speaking to Jezebel, Pyle explains that when she was 11 and she saw a ballet production of Sleeping Beauty.

However, when Aurora broke her ankle and the Violet Fairy took her place (still in Violet Fairy costume), Pyle says that “the choreography she performed, the energy in her body, the way everyone addressed her, it was as if she was Aurora, and she was incredible” and it made Pyle realise that “sometimes the ‘wrong’ person can actually be the right person for a role.”

When the show premieres later this month, traditionally female role the Violet Fairy will be played by male dancer Christopher DeVita while Skloot will play the Beast who is described as “a leather clad Butch top…who also plays the Union Organizer in the first act.”

Skloot also explains that “these queer characters [that] are brought to life through the bodies of these particular performers is not only a good thing for LGBTQ people, [but they also] enrich the lives and imaginations of everyone who gets to witness and participate as an audience member regardless of how they identify.”

Find out more about Sleeping Beauty and the Beast and read more about Ballez’ crowdfunding campaign (which it is using to pay artists’ wages) on Kickstarter.