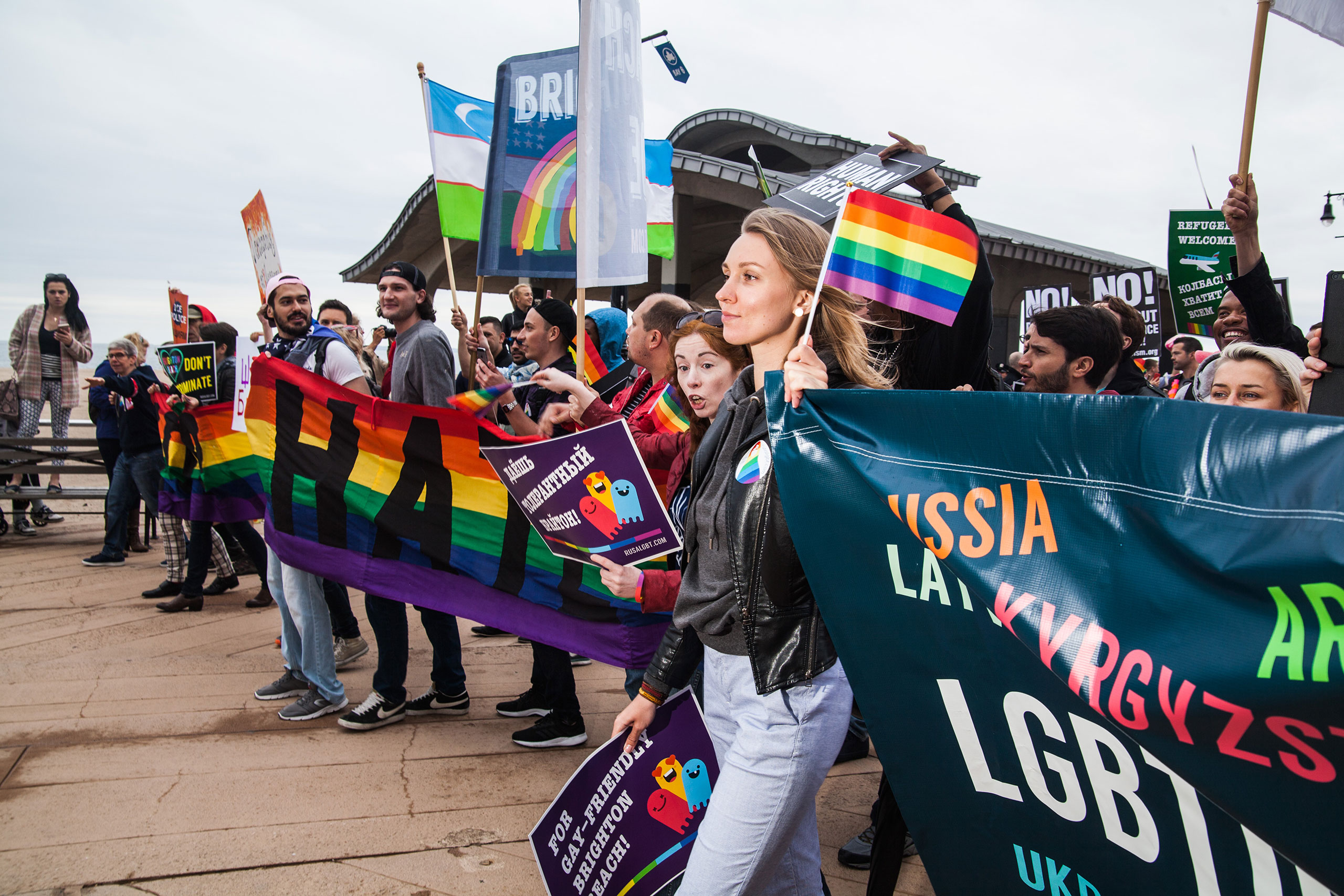 Russia is not known for its tolerance. Who can forget the boycotts over the controversial Sochi Olympics just a few short years ago?

Due to homophobic persecution in Russia, thousands of Russians have emigrated from Russia to the United States, seeking asylum. However, these immigrants have not always been welcomed with open arms into the US’ existing Russian immigrant populations, many of whom migrated for economic reasons and are socially more conservative.

In order to bridge the gap between tolerance and intolerance, proclaim their pride in front of their community, and build solidarity among themselves, hundreds of LGBT Russian-speaking immigrants took to the streets of New York City in May for their first-ever Russian-speaking LGBT pride parade.

The parade included immigrants not just from Russia, but from all countries of the former Society Union. Despite the overcast skies and intermittent rain, the parade wound its way down the Brighton Beach boardwalk. There was chanting, dancing, music and excitement. Non-Russian allies carried signs to show their support.

People waved rainbow flags and signs that said, “There is enough kielbasa (sausage) for everyone,” a pro-inclusive statement that references Soviet-era food shortages. The Rude Mechanical Orchestra provided music for the march

They don’t see us, and I decided we have to do something to make Brighton Beach safe for all of us.”.

Not all of the onlookers welcomed the parade, unfortunately. One Russian immigrant said about the parade, “They shouldn’t allow it. I’m not saying they should kill them, although if it were up to me…but these marches should not be allowed. First this, and what’s next?”

Attitudes like that are the reason for this march. Check out photos at the official Facebook page.