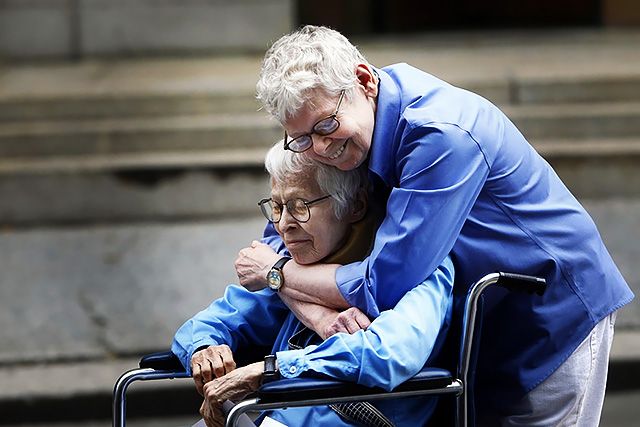 The study from the new University of Washington, found that in general, lesbian, gay and bisexual (LGB) older adults were found to be in poorer health than heterosexuals, specifically in terms of higher rates of cardiovascular disease, weakened immune system and low back or neck pain.

They also were at greater risk of some adverse health behaviours such as smoking and excessive drinking. At the same time, however, findings point to areas of resilience, with more LGB adults engaging in preventive health measures, such as obtaining HIV tests and blood pressure screening.

The study is the first to use national, population-based data to evaluate differences in health outcomes and behaviours among lesbian, gay and bisexual older adults. Using two-year survey data of 33,000 heterosexual and LGB adults ages 50 and older from a probability-based study of the U.S.

Centers for Disease Control and Prevention, researchers from the UW School of Social Work report noticeable health disparities between LGB and heterosexual adults.

The findings were published in the August issue of the American Journal of Public Health.

While this study did not delve into what causes the poorer health outcomes, UW social work professor Karen Fredriksen-Goldsen pointed to other research, including the landmark longitudinal study, Aging with Pride: National Health, Aging and Sexuality/Gender Study, that has identified associated factors.

“The strong predictors of poor health are discrimination and victimization,” said Fredriksen-Goldsen, the principal investigator on Aging with Pride, which surveyed 2,450 adults aged 50 to 100, studying the impact of historical, environmental, psychological, social, behavioral and biological factors on LGBT older adult health and well-being.

The new UW study relied on the 2013-14 National Health Interview Survey, which for the first time asked respondents about their sexual orientation. In the United States, approximately 2.7 million adults age 50 and older self-identify as lesbian, gay, bisexual or transgender. This number is expected to increase to more than 5 million by 2060.

Among the UW study’s findings:

But the health disparities among lesbian and bisexual women indicate a population that merits greater attention, Fredriksen-Goldsen said.

Most people think gay and bisexual men would have more adverse health effects, because of the HIV risk. Lesbian and bisexual women tend to be more invisible, less often considered when it comes to health interventions. This is a population that isn’t getting the attention it deserves.”

Bisexual men and women, meanwhile, may be marginalized not only in the general population, but also within gay and lesbian communities. As a result, bisexuals report feeling more isolated and experience greater stress, which, in turn, could lead to more adverse health conditions associated with stress as well as frequent risky health behaviors, Fredriksen-Goldsen said.

Like Aging with Pride, this new national study brings to light the need to target prevention efforts and health care services to improve health and the quality of life of LGB older adults, Fredriksen-Goldsen said.

The study was funded by the National Institute on Aging. Other authors were Hyun-Jun Kim, Chengshi Shiu and Amanda E.B. Bryan, all of the UW School of Social Work.