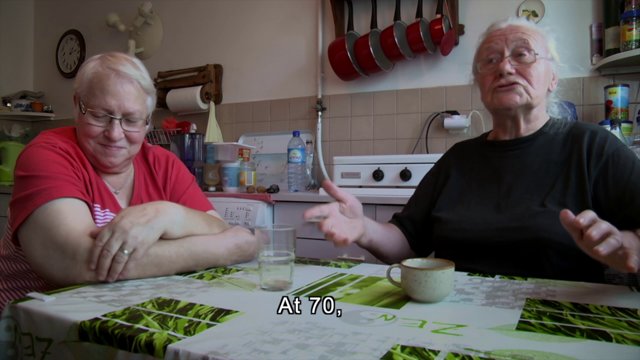 While being a lesbian in modern day society isn’t easy by a long shot, it is substantially better than what it once was. These days, there’s lesbian representation that is diverse across continents, races, age groups and gender presentation. There are also Pride events and it is now accepted for politicians, companies and celebrities to support the LGBT community rather than shun them. In fact, if you aren’t on the side of LGBT equality, you’re usually a minority in that opinion.

But before the turn of the century, these things were all but a pipe dream. There was a time not so long ago when not only did lesbians have no rights protecting their identities, but they didn’t even have words to describe their sexuality either; how could you know you were a lesbian when a) people didn’t like to talk about it and b) there were no lesbians in TV shows or movies who you could relate to?

Many older lesbians have seen this new era of progressive opinion and LGBT acceptance develop within society, yet they have also felt the hardships of living in a society that even at the best of times, couldn’t accept them.

In a new documentary from Michèle Massé called ‘Open Windows’, we hear what it’s like to be an older lesbian from four older lesbians themselves.

All four of the women in the film are from Europe: there’s a couple named Micheline and Jocelyne who live together in Paris and then there are two women who live in Madrid, Empar who’s married and Boti who’s divorced.

While it perhaps would have been nice to see a more regionally diverse bunch of people (attitudes towards lesbians in Western Europe will be greatly different to those in the UK or in Eastern European countries) each of the four women in Open Windows brings a unique perspective on the fight so far and what needs to happen next.

For example, Boti, having gone through a divorce from a same-sex partner, feels that same-sex divorce should also be talked about as much as same-sex marriage and that discussing that will help the entire thing seem normal. Empar, on the other hand, says that as she grew up in Francoist Spain (a totalitarian state) there was no reading material available about homosexuality and information was limited, so when she finally realised that she was a lesbian, she was relieved.

Meanwhile, Micheline and Jocelyne face their own set of troubles, such as the fact that Micheline struggled to come out until her sixties and Jocelyne holds the very real fear that people will react badly to her on the street or in her apartment building and that she will end up in a nursing home where the carers do not respect her identity.

Open Windows is currently playing in film festivals across the globe. Visit the film’s website for more information.