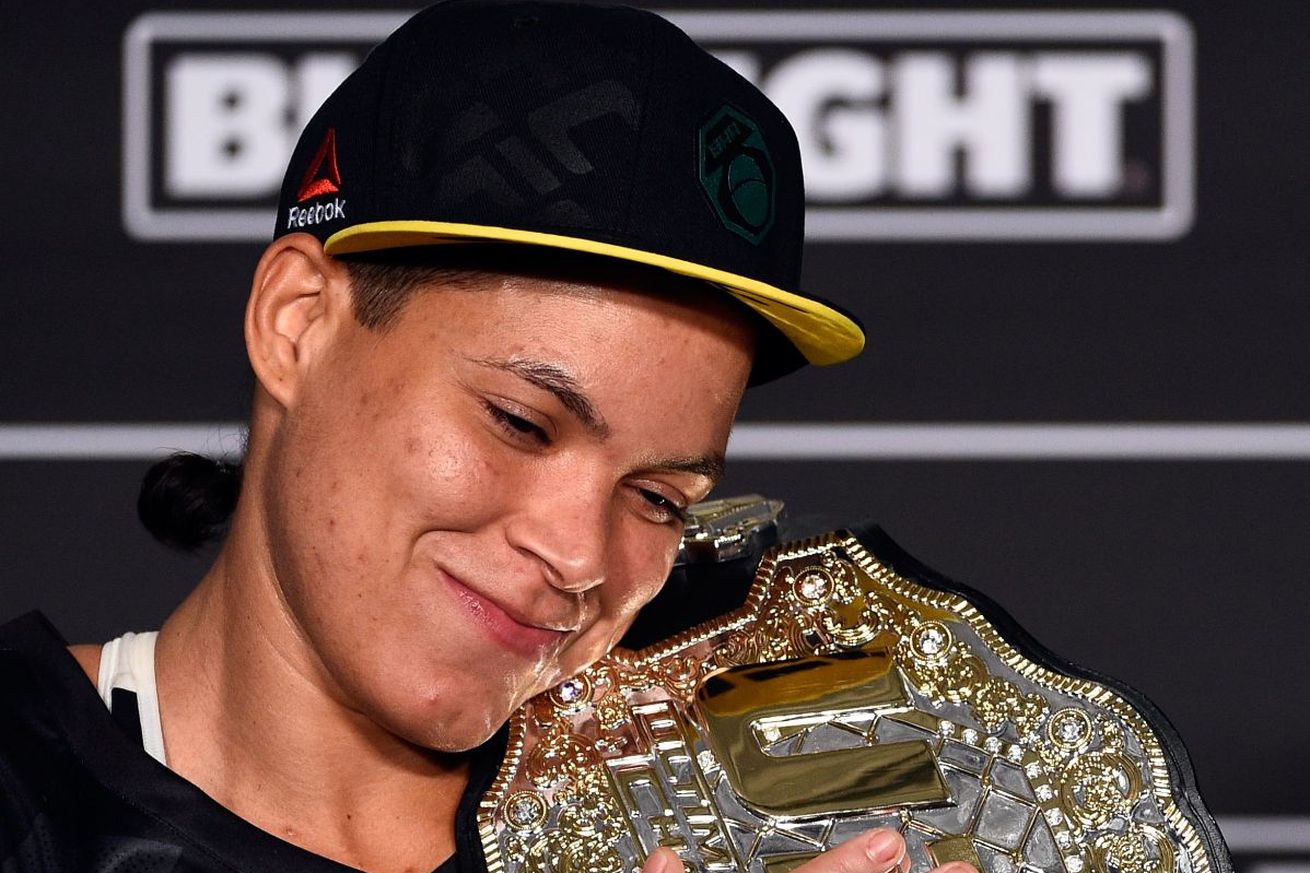 Nunes’ victory made history as she is the first ever openly gay champion the UFC has ever crowned. She is also the first Brazilian woman to ever win a UFC championship belt.

Nunes screamed with joy after her hand was raised and the belt was placed around her waist.

After a touching embrace with the gracious Tate, Nunes spoke to UFC commentator Joe Rogan. “I feel amazing,” said an emotional Nunes who then spoke of her excitement to return to Brazil and celebrate with her family.

Nunes’ girlfriend is Nina Ansaroff, herself a UFC fighter, and they live in Orlando, Fla. 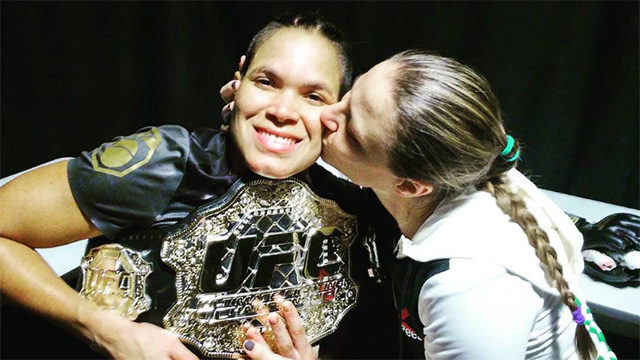 Nunes entered the fight with Tate as a big underdog, in terms of both media expectations and betting odds.

The native of Bahia, Brazil, who trains at American Top Team in Coconut Creek, Fla, had a professional record of 12-4 going into the contest. Despite having won three fights in a row (including one by submission and one by TKO) it was considered surprising that the lesser-known fighter was given the opportunity to fight Tate for the women’s bantamweight crown.

Tate had earned the belt back in March when she beat Holly Holm and many had expected Tate to fight someone with more name recognition, such as former champion Ronda Rousey.

Despite the odds being against her Nunes walked to the cage smiling, clearly knowing something many fans and media members didn’t quite believe — that she had the power and tenacity to stop Tate in under four minutes.

As soon as the bell rung the fight was all Nunes. Quickly she began landing hard punches to Tate’s head, over and over, making the then-champion both dazed and bloody. 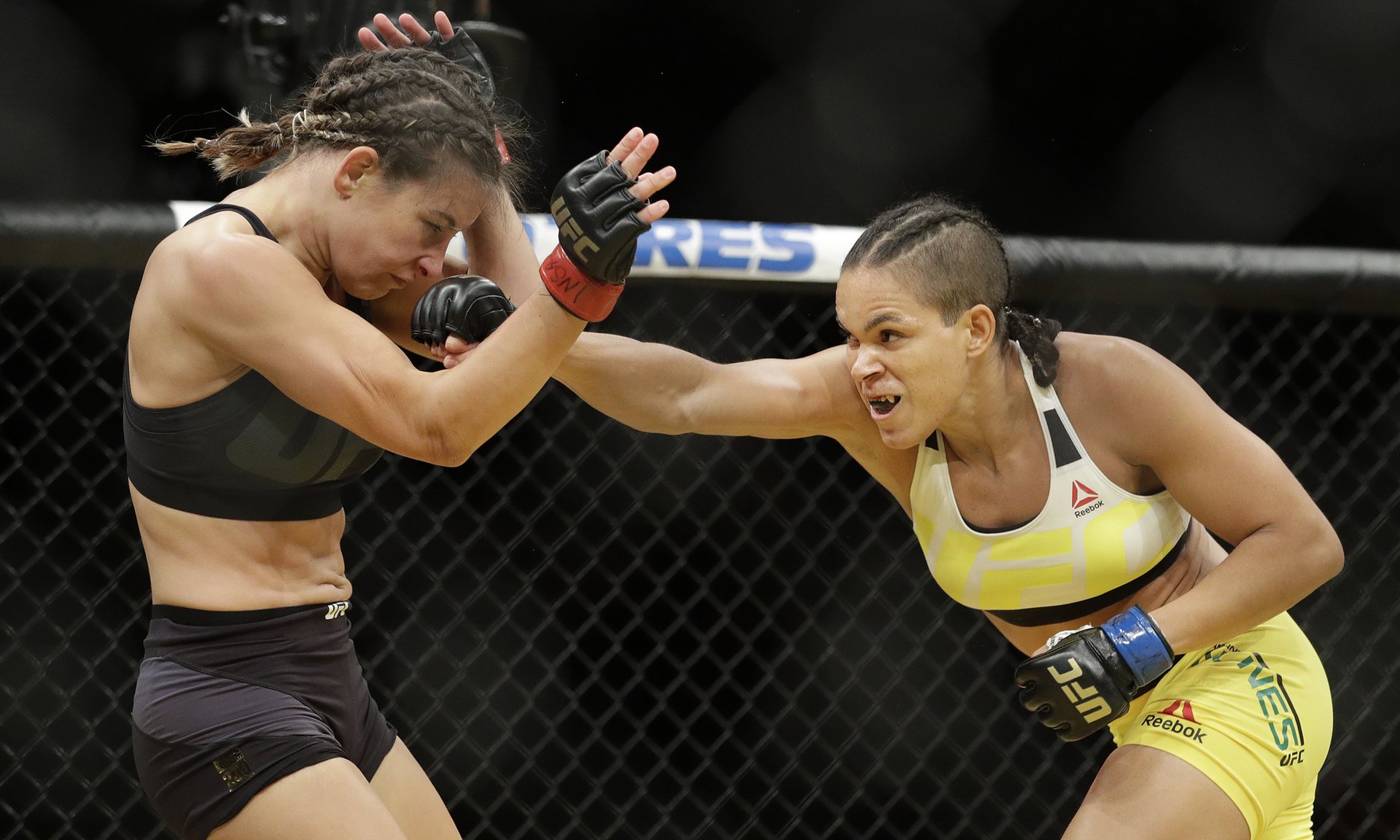 Along with this achievement, she will also forever be known as the woman who not only gave UFC 200 its most electrifying moments, but who finished off that landmark card with a stellar (and ferocious) performance that will long be replayed and remembered.

What’s next for Nunes? Many believe Ronda Rousey’s self-imposed exile from the sport is coming to an end, and with MMA now legal in the state of New York, Nunes’ next fight could be at Madison Square Garden against the biggest star MMA has ever seen.

If that fight happens, it promises to be yet another historic night for both the UFC and world LGBTQ sports.

PrevPreviousWoman Sentenced For Five-Year For Attacking Deaf Lesbian Couple With Baseball
NextWhat You Need to Know About Angela Eagle, The Challenger For The Labour Leadership (And Potentially The First Lesbian To Become PM)Next