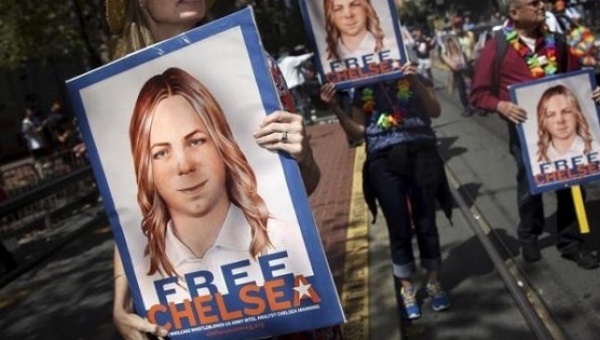 Whether you’re an Opera aficionado who’s been following the Chelsea Manning case from the beginning, or a musical newbie who’s never heard of Wikileaks, The Source will make you laugh, cry and doubt your government.

This unconventional opera tells the story of how Private Chelsea Manning leaked hundreds of thousands of classified government documents. It also touches on her struggles, as a transgender woman, to be housed in a women’s prison following her arrest.

When you think of opera, you probably imagine a string of high-pitched notes in foreign languages, a fat lady singing, an aria from Carmen, and those tiny glasses rich people wear when they sit in the balcony.

First, the music may make composer Georges Bizet roll over in his grave, because instead of symphonic ballads you’ll find electronica, autotounes, jazz and pop. And the libretto isn’t drawn from some European classic. No, the opera’s script comes from the classified military documents that Manning leaked. This opera manages to paint a picture of Manning’s identity while engaging with events such as the 2007 bombing of American journalists who were believed – mistakenly – to be Iraqi insurgents.

The show touches on identity and the “tyranny of binaries” – gender binaries, musical binaries, political binaries and moral binaries. The world is more grey than black and white.

The New York Times called the show “ambitious” and “stealthily shattering,” with an “enigmatic libretto” and a “chilling production.” The Los Angeles Times gave it similarly rave reviews.

Catch The Source in Los Angeles and San Francisco this fall. If you can’t make it to a live performance, stream the CD.