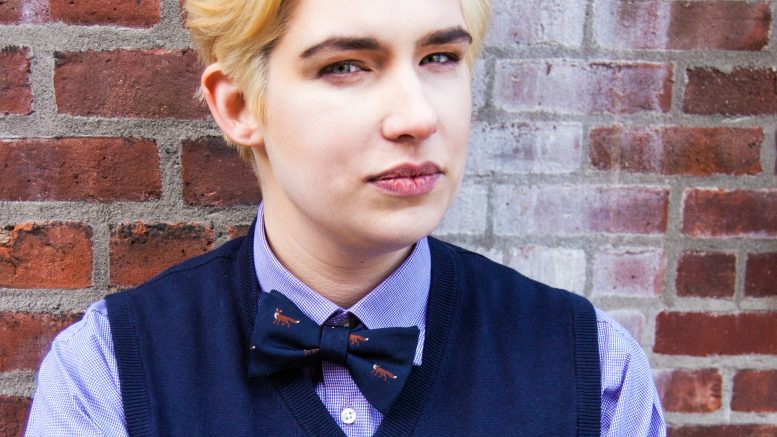 Okay, have I lost you? Bear with me. I know it took Hamilton to musicals cool, so until opera gets its own Lin-Mozart Miranda, you’ll probably be a little skeptical.

Pretentious establishments like Royal Opera House and the Metropolitan Opera keep many young people from plugging into “the scene.” Many people see opera as out of touch, unaffordable, and just plain boring.

Queer rocker Kimberly Feltkamp is here to change your mind.

Feltkamp is always looking for new ways to push the art form. For example, she infuses new performance blood into the opera scene. She picks people based on how little they have on their resumes, in order to give them room to grow. This way, she discovers exciting new talent that gets overlooked at larger opera houses.

But the most exciting thing is that Feltkamp has dedicated her opera venue to producing LGBT-related operas, which is a supreme rarity in the opera world, due to lack of perceived interest as well as the fact that many operas are hundreds of years old.

While OperaRox has produced traditional operas like Marriage of Figaro (1786) and Alcina (1735), they are also hosting the NYC premiere of Sweets By Kate, a new opera that depicts a young baker named Kate who returns to her small hometown with her partner. The couple faces the town’s disapproval, the death of Kate’s father, and the literal Devil. The show will debut at the LGBT landmark Stonewall Inn.

Being LGBT myself, I have a great love for this area, the West Village. That’s why I was super jazzed to do this opera this summer at Stonewall. It was like a dream,” said Feltkamp. “This idea that there are transgender, lesbian, and gay singers that never really get to play themselves, and again that’s why I love ‘Sweets By Kate’ because this is the first time I’m playing a lesbian character and this is a part of me that I’ve never brought to the stage in that same way.

What is Feltkamp’s dream? She hopes that OperaRox will get its own venue one day, so that it can funnel more money into the productions themselves and less into renting space. But overall she just wants opera to become mainstream and reclaim its role in popular culture. There are so many amazing queer stories to tell. And she’s just getting started.

If that sounds cool to you, check out the Chelsea Manning rock opera, and learn more about OperaRox.