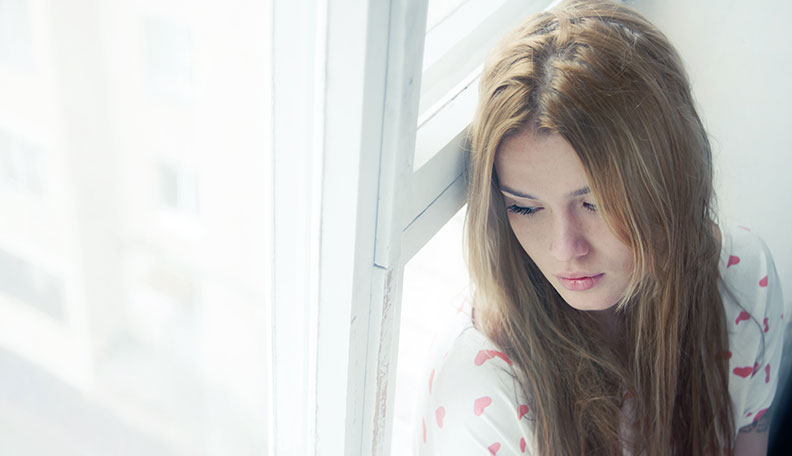 When we start a new relationship, we often have the best of intentions. We may expect that our partner feels the same way we do, so we want to show them how we feel (just to make sure they know). But over time, we start to notice that they’re just not doing anything to prove it to us, either.

Of course, we know that no one should have to “prove” their love to us – so we overlook these signs at first. Eventually they start getting to us more, but then we read some relationship advice article that says something along the lines of “everyone shows their affections differently”, so we look past it for just a little while longer.

We think that, since they always say “I love you too” when we say it first, they must mean it… Right?

But sometimes, only one partner actually loves the other. The partner who doesn’t usually say it first might have been deeply infatuated at the start, but as the feelings started to fade, so did their ways of showing it.

Very few relationships start out like this, but sadly most end this way – because one partner doesn’t really care (regardless of whether or not they did at the start), they stop trying.

It’s heartbreaking to the one who keeps holding on. And there’s a good reason for this! Your mind tells you that you should let go, but we’re too stubborn to do that sometimes. We want this to work out, and we feel like we’ve failed if it doesn’t.

But the truth is, letting go before it gets too far will save you a lot of heartbreak down the road – because these feelings are likely to just keep getting worse, and at some point your partner may decide that she doesn’t care to try at all anymore.

So, what are the signs you should look out for?

You’re the only one doing the talking.

Sure, she answers you (most of the time). But if you don’t start the conversation, you could go days between them – which takes its toll after a while. You make the efforts, and she sort of just sits back and lets you do your thing.

Maybe your partner is just not a good communicator – but she should at least be making an effort. After all, nobody wants to be the only one doing the work, and it’s not fair for her to put you in that position.

You’re the only one sacrificing.

Many of us use favors to show our love for a partner, and we assume that our partners don’t automatically do the same. But the truth is, when you love someone, those little “favors” you do shouldn’t feel like a sacrifice, because you should be able to know that she’d do the same for you.

Of course, relationships shouldn’t be all about what your partner can do for you – but if you find yourself repeatedly doing things that you know she’d never reciprocate, maybe you’re doing favors for the wrong person. If it starts to feel like a chore to do the things that she won’t, it may be a sign that she’s not in it for the big picture.

You’re the only one stuck with alone time.

You’re the only one apologizing.

Guilt trips are a huge red flag, in any relationship – whether it’s a friendship, a family tie, or a romantic relationship. If your partner is a master at manipulating your emotions and leads you to think you’re in the wrong when you’ve done nothing wrong, she might be deflecting her own guilt onto you.

This is particularly true if your partner makes you feel guilty for needing emotional support. One of the greatest benefits of a romantic relationship is that your partner should be there to pick you up when you’re down – and if she’s not, it may be time to let go.

You’re the only one justifying the relationship.

Sometimes our family and friends may see signs that we can’t. True love isn’t blind (as much as the saying would have you believe), but our love can cause us to be blinded to a partner’s faults. If you find yourself rationalizing things that your partner has done (or hasn’t done!) to the other people who care about you, consider heeding their warnings and advice.

There is bound to be negativity in every relationship, despite our best efforts, but if you can’t think of enough positives that legitimately outweigh the negatives, and your loved ones are telling you to jump ship – maybe they’re right.

You’re the only one paying attention.

It can be difficult to see what we’re doing wrong, and sometimes it’s hard to tell when a relationship needs more work. So it’s best if we discuss these things with our partner – after all, nobody is a mind-reader, and you shouldn’t expect her to be.

But if she belittles your concerns or makes it seem like you have no option but to fix things on your own – maybe it’s because she doesn’t care enough to try. Maybe you’re the only one who notices these problems, but when you bring them to light, she should make an effort to make things right.

You’re the only one who’s stressing.

If you’re constantly worried that the relationship is going to end, it can be a sign that it should. This is a hard reality to grasp, because we often think that it’s our fault when/if this happens – but it shouldn’t be that way. Insecurities are rarely good for relationships (in fact, I can’t really think of a single good example here) and if your partner is consistently making you feel insecure (especially if it seems that she’s doing it on purpose!) you probably shouldn’t be in the relationship.

There’s always going to be some stress in a relationship, and you should think about ways you can improve it. But if it seems like you’re the only one who worries and tries to come up with solutions, it’s possible that your partner is intentionally pushing you away. Take the hint and move on.

You’re the only one who cares.

If someone cares about you, they’re going to show it. They won’t make excuses for their actions, they won’t try to rationalize them, they’ll just fess up when they’ve done wrong and ask how they can make it right. Or they may even take the initiative to make it better without asking for your input. But they should at least be trying.

If you find yourself questioning whether or not they care, they probably don’t. Even the worst communicators will find some way to express their feelings for you, and if you can’t find the signs she does, it’s probably because she doesn’t.

So what do you do next?

Try to create a list of everything that was wrong in the relationship, so that you have something to think about if your partner tries to come back into your life. Sometimes we may think that, since they made the effort to come back, that things will be different this time – but that’s not always the case.

Yes, people can change, and assuming that your partner hasn’t learned their lesson can be a mistake. But it’s also important to realize that people aren’t going to change overnight, and assuming that she has can be just as dangerous.

You can give a person a million chances to change, and they won’t take it – and for some of us it can be difficult to know when to set your limits. After all, those who love with all of their heart and give their all are the most likely to be taken advantage of, and chances are you’re going to have more than a few partners in your life who take your love for granted. (I know I have.)

You need to learn how to stand up for yourself, which is likely something you weren’t taught as a child. Many people who give all of themselves in a relationship may have grown up in a less-than-supportive household, and may have been taught the whole “seen-and-not-heard” thing. While it was once thought that this was the way you should raise children, it’s becoming apparent that this is psychologically damaging to the child’s overall self-esteem, and it’s something that must be un-learned.

It’s a long process, and something I hope to address here in the future – but for now, just practice eliminating the unappreciative people from your life. These don’t have to be romantic relationships gone sour – I have practiced “breaking up with” family members and friends who weren’t a good fit for my life, either.

You owe it to yourself to not waste your efforts on people who won’t do the same. You are special and you deserve better. Never forget that!