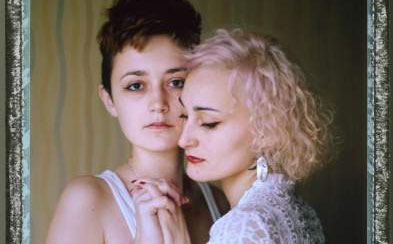 We are told the world is a safer and more welcoming place for those of us in the LGBTQ community, than it was ten years ago.

But there is still a growing number of national and regional governments have passed laws legalising gay marriage and unions between people of the same sex.

Other countries have tightened legislation that prohibits anti-gay discrimination and hate speech targeted at people who are lesbian, gay, bisexual or transgender (LGBT).

There’s been enormous progress globally and locally. It’s important to note that the fight for LGBT rights is not a Western phenomenon; many of the governments at the forefront of the defence of LGBT rights are from the developing world.”

But while LGBT rights may be generally improving around the world, many more people live in countries where homosexual acts or identifying as gay can lead to state-ordered physical punishment.

Photographer Robin Hammond, who is from New Zealand, first started documenting these issues when he was on assignment in Lagos, Nigeria, and read about five people who had been arrested for being gay. He then decided to expand his work to seven countries, photographing LGBT people of 15 different nationalities.

Hammond says he wants to improve peoples’ lives rather than simply chronicling their suffering and is today launching a non-governmental organization named Witness Change, which aims to kickstart social media campaigns and put on traveling exhibitions to help raise funds for grassroots organizations that are dealing with the highlighted human rights issues, including LGBT rights.

He described the process he has developed for taking his portraits — and for asking his subjects to write down their personal stories: