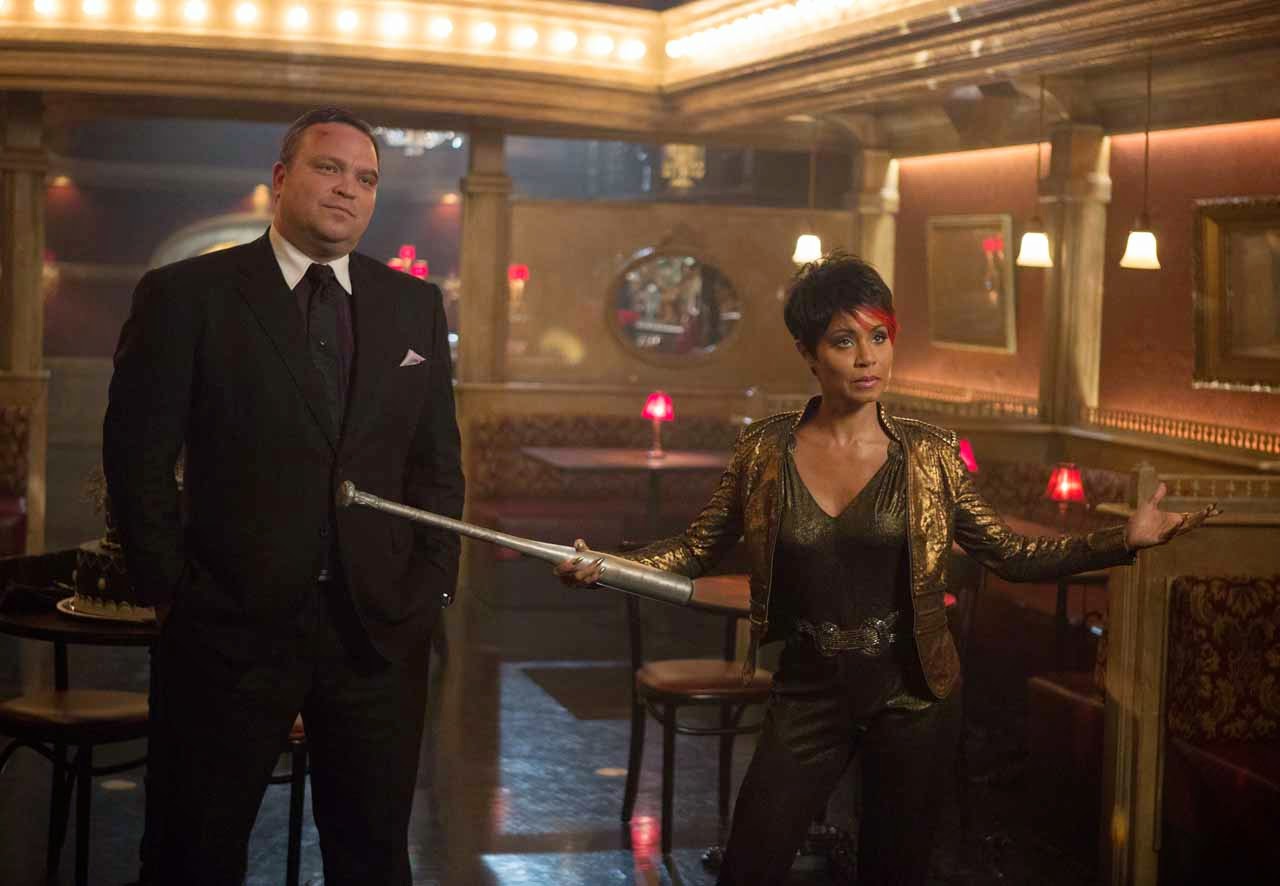 Welcome to another Gotham recap! Gotham also known as the show where the good guys ain’t so good and the bad guys are bad to the bone.

This week in the show, Fish Mooney just about swims her way out of troubled water and Gotham continues to be a show full of missing queer ladies.

As always, the recap is split into The Plot, The Gay and The Ugly so read on to find out what went down on the show this week.

What’s going down is a whole lot of corruption! Some poor blighter (or no good criminal, possibly both depending on how you see these things) has been murdered and stuck on a hook for the whole factory to see. Narcotics detective Flass shows up in his shiny Italian suit and as he’s being led away by partner Bullock, leading man Jim does a bit of detective work and finds a bunch of weird blue square baggies in the victim’s shoe. Their jobs are made easier by a janitor who saw the whole thing go down, including the killer, so they haul him into the station. They pull him into the station and while he, the lead witness in a murder case, is left completely alone, someone comes in and murders him.

Jim rightly thinks that a cop is the culprit and so questions them all to get a name – Delaware. Officer Delaware flees to his car where Jim arrests him and pops open the trunk – more blue squares? Odd. When Jim brings the squares to Chief Essen, she and Flass explain that they are part of a narcotics investigation that’s being going on for some time. It all seems a bit suss so when Harvey tells him that Flass is as corrupt as a cheese sandwich in the summer and is involved in the drugs trade himself, they have to go to one of his warehouses to do some extra digging.

Delaware and the rest of Flass’ cronies are at the warehouse when they get there, citing search warrants and other loopholes. Essen also says that they can’t do anything since it would cost them all their jobs and so Jim is forced to turn to old pal Penguin for help. Penguin’s help comes up good as his henchman gets Delaware to confess that Flass killed the goon to send a message (the janitor was just collateral) and even provides the murder weapon to put Flass in the slammer. 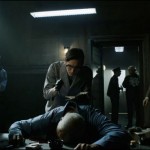 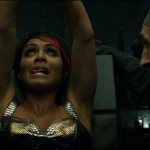 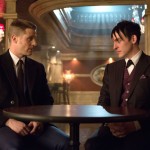 When Jim presents the murder weapon there’s resistance and a whole lot of yelling from Flass about knowing guys in high places and all that other baloney. It’s fruitless though as the rest of the force (including Essen) back Jim up. It’s a tiny dent in the larger, also corrupt scheme of things but Jim’s corruption clean up train is definitely gaining some speed.

Going less great is the situation between Bruce ‘Future Batman’ Wayne and Selina ‘Future Catwoman’ Kyle. Ignoring the fact that Bruce has a bit of a thing for Selina, the two were genuinely friends which is why it hurt Bruce so bad when he and butler Alfred had to go into hiding for their own safety. Now that they’ve come back though, Bruce is determined to find Selina and so he roams the streets looking for his lost (budding) love.

When she finally turns up – having received a message from homeless pal Ivy that Bruce was on the lookout – things quickly go pear-shaped. He hands over a souvenir snow globe and offers her a place to stay, saying that his fancy digs are “better” than her current ones and she’s offended, tells him to chill and then explains that she lied and never saw who killed his parents (the reason they became friends in the first place). It stings and later when Alfred has to pick up the pieces of both his heart and of the snow globe.

Meanwhile, things aren’t looking too hot for Fish Mooney either. After her plan to topple mob boss Falcone went south last week, her and henchman Butch are now in the grasps of some nefarious fellas. Butch escapes and finds out where Mooney is and he gets there just in the nick of time – but it’s not before she’s been suffocated within an inch of her life and is about to be dismembered.

After saving the day, the two of them head to Mooney’s old club to get it back from Penguin, Mooney’s former assistant and up and comer in the criminal underworld. She has him licking her shoe at one point but then twisted hitman Zsasz and his cronies show up and save the day. Mooney and Butch hightail it out of there and we later see her being sent off to safety after a kiss from Harvey.

Once again, there was no queer content in this week’s episode of Gotham. Last week, Renee was suspiciously absent and love interest Barbara was only present for a second when she showed up at her parent’s house so anything would have been a step up.

It’s probably too soon to say that this is unfair treatment of the characters or even to suggest that they’re only featured to fulfil queer tropes but it’s certainly making me wonder.

Getting more of the limelight than Renee or Barbara is the relationship between Edward Nygma and Kristen Kringle. Last week I pointed out how awful their dynamic is as Edward has been harassing Kristen since the show began last year. The show appears to be passing all of his oddness as ‘romantic’ as we’ve now levelled up from ‘live bullet in a cupcake’ (last week’s gift) to ‘actually quite sweet note’.

I had an issue with this plot anyway but to see it passed off as normal and to see Kristen be anything but appalled at Edward’s behaviour is really sad to see.

PrevPreviousThe Plot, The Gay, The Ugly | How To Get Away With Murder – 110 Recap – Hello, Raskolnikov
NextOut Singer-Songwriter Brandy Clark Nominated For Two Awards At 50th Academy of Country Music AwardsNext