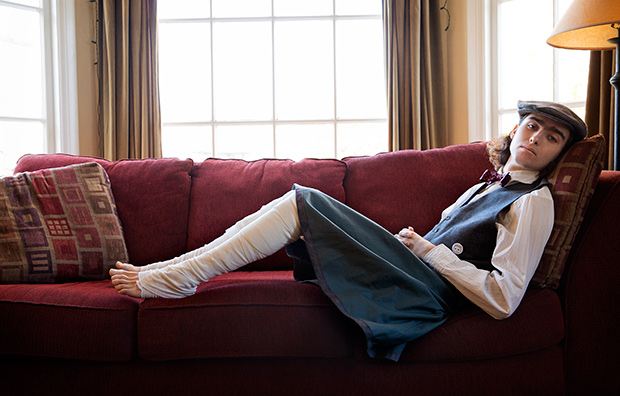 Agender is a term that refers to individuals who identify as neither male or female, preferring the term “they” as opposed to the gender normative pronouns “he” or “she”. Agender people can have any sexual orientation, as sexual orientation is independent of gender identity.

The 4th November, 2013, San Francisco High School student Sasha Fleischman was sleeping on a public bus on the way home from school, when their clothing was set on fire, in an vicious attack. Fleischman suffered 2nd and 3rd degree burns and had to spend over a month in a hospital.

His attacker was teen Richard Thomas, a 16-year-old High School junior, said he was ‘allegedly’ provoked by the sight of someone who looked like a boy wearing a skirt. Richards has since been charged as an adult with two felony counts and a hate crime enhancement.

This tragic story made headlines in the San Francisco Bay area, and Fleischman suddenly found themselves thrust into the spotlight as a voice for the agender and gender queer community.

As a result of this publicity, San Francisco Magazine commissioned photographer Chloe Aftel to shoot the teen as well as others and tell their story – The Shadow Sex. These photos capture these young people in intimate setting, doing everyday things in their homes or places significant to them,

“I think a lot of people like to see gender as this scale of blue and pink. I never really identified with either side of that, or even in between blue and pink. It’s so much more complicated—my identity varies so much on any given day. Sometimes I tell people I’m gold or something.”

Researchers have discovered that those who live as neither male or female suffer the most from discrimination and violence in the LGBT community, their determination to remain undefinable seeming to provoke those with gender norms. However, for people like Fleischman, it is important to be who they are, even in the face of intolerance and personal risk.

“When I wear a skirt, it makes them think about gender and not jumping to conclusions.”