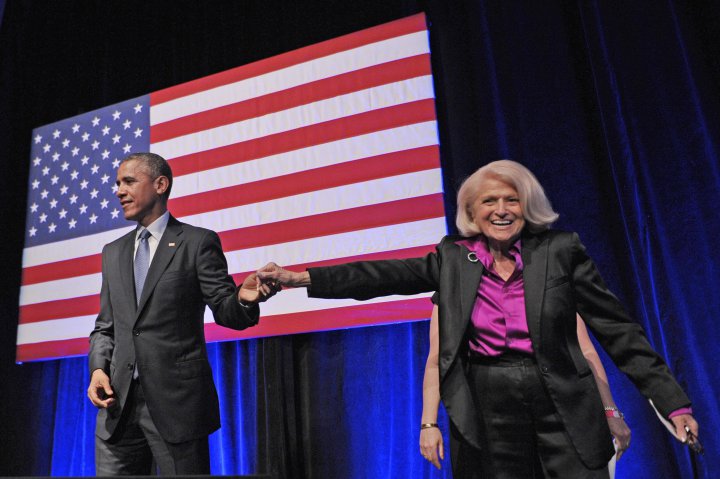 In her life-time, Edie Windsor changed history, and everyone from LGBT citizens and allies, to past presidents and celebrities were grateful for her courage.

Her 2013 lawsuit against the federal government prompted the Supreme Court to strike down a key part of the Defense of Marriage Act, or DOMA. 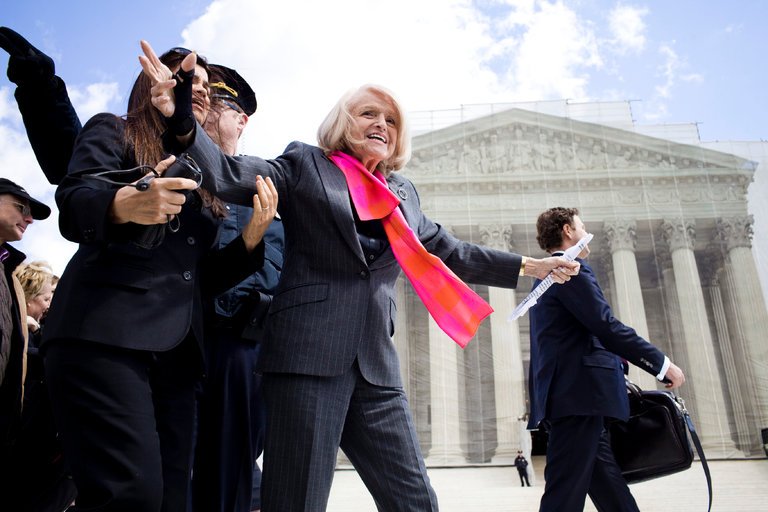 Barak Obama was quick to pay tribute, writing on his facebook page;

America’s long journey towards equality has been guided by countless small acts of persistence, and fueled by the stubborn willingness of quiet heroes to speak out for what’s right. Few were as small in stature as Edie Windsor – and few made as big a difference to America.”

The former president touted Windsor’s role in the Supreme Court’s 2015 ruling on marriage equality, which he called “a victory for human decency, equality, freedom, and justice.”

I thought about all the millions of quiet heroes across the decades whose countless small acts of courage slowly made an entire country realize that love is love – and who, in the process, made us all more free. They deserve our gratitude. And so does Edie.”

Hillary Clinton also offered her condolences on Windsor’s passing, along with many others.

Edie Windsor showed the world that love can be a powerful force for change. She will be greatly missed. https://t.co/EiSFYE7ip0

Together for 42yrs before they married in Canada. #LoveWins pic.twitter.com/2e7ErddIMS

As a leader & icon in the fight for marriage equality, Edith Windsor became a hero to millions. Thank you, Edie, for inspiring a generation. pic.twitter.com/VrPXxHquiw

RIP, Edie Windsor. Thank you for loving America the way you did.

so proud to stand next to my son Parker and #EdieWindsor – what an amazing woman she was #EqualityForAll pic.twitter.com/73LZbm11B8