Why Are Queer Female Athletes Years Ahead Of Gay Men When It Comes To Acceptance? 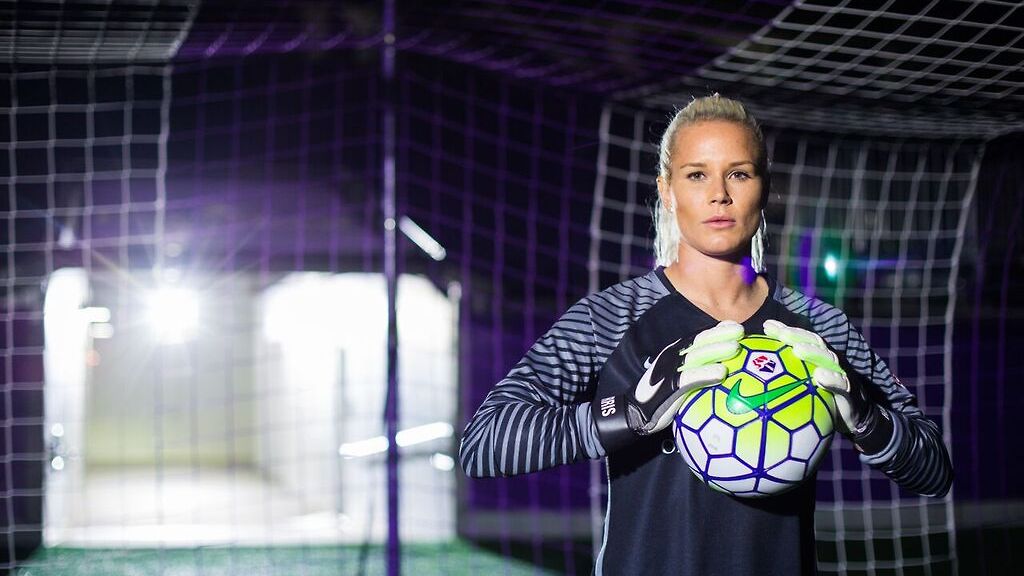 In the wake of another Olympic Games, we can all look back and ask: Weren’t these Olympics gayer than usual?

Well, in a way, they really were! With 50 LGBTQ athletes competing this year, there has been a considerable increase in out athletes participating when comparing with the London Olympics, where only 23 athletes identified as LGBTQ. Of course this staggering increase can be seen as a rise in acceptance as more athletes come out each year.

But, as always, there are two sides to every coin.

The disparity between queer male and female athletes is still visibly high. As UpWorthy mentioned, of the 12 athletes on the US Women’s Basketball Olympic Team, 4 identify as gay.

How about the Men’s Team or even the NBA? 2? Maybe 1? You guessed it, 0 players identify as gay or bisexual. This disparity has little to do with the number of LGBTQ players, but instead with acceptance.

The difference between coming out while playing for the WNBA or the NBA is as night and day; seen even regularly amongst the female athletes. Why is that?

As a lesbian, I have always loved the stereotype “Lesbians are good at sports.”

Not that I am nor most of my queer female friends are, but the fact that there are female all-star athletes such as Billie Jean King and Martina Navratilova (should I include Dana Fairbanks?) sets a precedent that gave rise to such a stereotype. And most of us who have done any sport at a competitive level have come across a couple other queer athletes.

Although I am not saying in any way that coming out as a female athlete is easy, this normalization of LGBTQ women in sports has paved the way to acceptance and the freedom to come out.

But what about the other queer athletes?

How can it be expected for a bisexual or gay man to come out while playing for the NBA if there are no other queer players in the league? On the bright side, after North Carolina passed the known “anti-LGBTQ” law, the league ended up not having its All-Star game in Charlotte as a way not only to protest the law but also for protection of both the athletes and the fans.

The way I see it, it’s just a matter of time before male athletes start to come out, and once the first one does so, an avalanche of players, managers and coaches coming out will soon follow.

We have discussed the Ls, the Gs and the Bs. How about transgender athletes?

Only this year has the Olympic committee lifted its ban on transgender athletes without gender reassignment surgery! There’s still, however, disparity between trans-men and trans-women competing, with the IOC announcing that “Those who transition from female to male are eligible to compete in the male category without restriction,” but for those transitioning from male to female “[t]he declaration cannot be changed, for sporting purposes, for a minimum of four years.” with regular mandatory testing of serum testosterone levels. Although there are still some barriers to overcome, this has already been an enormous step forward in inclusion of transgender athletes in the Olympics.

What can we take from all this? Naturally, as more and more athletes come out, the more acceptance there is not only from fans but also from team mates and possibly sponsors.

As coming out is somewhat normalized in women’s sports, we can clearly see a higher level of acceptance. So let’s keep it that way and keep moving forward! The way towards acceptance is visibility which can definitely be achieved by coming out. Whenever a big athlete comes out there’s usually some sort of backlash whether from fans, sponsors or even team mates. But (and I hate to use this expression) it gets better!

Especially when that Olympic medal finally proves we are just as good (or even better) than the straight athletes.

PrevPreviousSad News: AfterEllen Forced To Shut Down After 14 Years
NextA Lesbian Couple Attempt Suicide In Mumbai After They Are Forbidden To See Each OtherNext