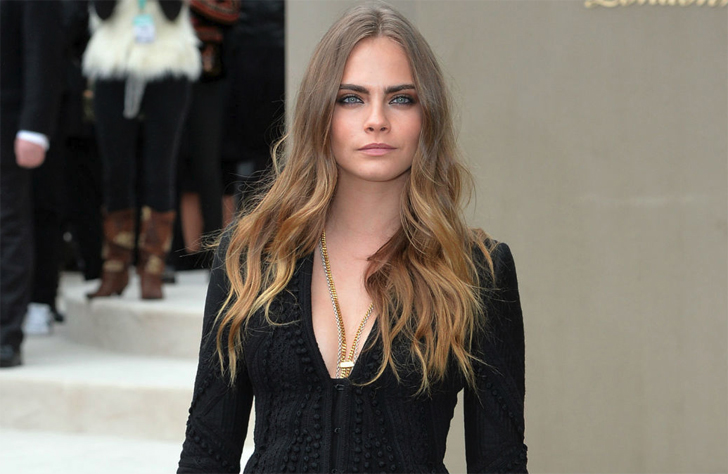 Queer female celebrities have always been such an integral part of our queer culture. Whether the celeb in question actually identifies as lesbian, bisexual, or pansexual, or there’s just a lot of speculation about their sexuality, one thing’s for certain: We absolutely love them.

We’ve taken the time to identify 20 of the most famous out queer female celebrities, with a handy little guide to explain what your crush on that particular woman really means.

You’re into the classical beauty – strong, yet feminine features, with all the right curves and a seriously fierce pout. Between beauty, strength, and inclusivity, there is no contest – all are equally important when it comes to winning your affections. Besides – with a resume like hers, how could you possibly say no?

Your crush on Anna Paquin says that your sexuality is far from the most important (or interesting) thing about you – and in fact, you prefer to keep your personal life as personal as possible, unless opening up will help someone else come to terms with who they are. You love the supernatural world and, TBH, you’d probably rather be a creature from another reality anyway. And, I mean, why wouldn’t you?

While many chose to label Caitlyn Jenner’s daring coming-out story as a publicity stunt, you instead chose to accept that it takes a lot of courage to come out later in life, and relentlessly supported her transition anyway. Go you for looking past the public opinion and realizing that all people deserve respect – even if they were once on a reality TV show.

While it was widely reported that Cameron Diaz came out as bisexual, the fact of the matter is that she didn’t – so your crush on her might confirm that you tend to veer towards straight girls. (Sorry!) Not that there’s anything wrong with admiring someone you wouldn’t actually get with, of course, so this might mean that you prefer friendships over intimate relationships – and that is A-OK with us.

You’re into all that snark and sarcasm that we’ve come to know Cara for, but it’s more than just that – she manages to be entirely herself without compromising her exquisite beauty. Plus, she’s friends with practically everyone in Hollywood, so you might even be interested in the party scene – but, to be clear, that’s just a super small portion of who you really are.

Your crush on the gorgeous Demi Moore proves that age is nothing but a number – and if you got that hot cougar thing working for you, well, that’s even better. Although her marriage with Ashton has already fallen apart, rumor has it that she’s just as into women as she is in men – so, in theory, her next boo could be a young, beautiful woman. (Please let this one be true!)

While Drew has spent most of her life in the spotlight, it came as a shock to many when she came out as bisexual – something that hasn’t put the tiniest hitch in her career. Your crush on her reveals that labels don’t really matter to you, and it doesn’t matter what other people think. Even though she has never sought to make herself a “sex symbol,” per se, she’s still definitely sexy to you!

Your love for this Ellen means that you are down to be a pioneer, even if being a pioneer isn’t the easiest thing to do. Since Ellen came out way back when it wasn’t socially acceptable to do so, she’s put up with more than her fair share of haters in that time – but, thankfully, her overwhelming kindness and confidence has prevailed. I don’t think her relationship with Portia is going anywhere, though, so this crush isn’t going to lead anywhere in the foreseeable future.

Ellen Page is one of the quirkiest actresses on our list, and while she doesn’t often play LGBT characters on the screen, she makes a point to support the LGBT community wherever she can. Your crush on her says that activism is super important to you, as is witty humor – and, of course, that makes her the perfect catch.

Even though many people have accused Evan of coming out for the attention, she chooses to educate, rather than hate on the uninformed masses. In 2013, she told AfterEllen,

So I don’t get angry or try to fight hate with hate; I just try to educate.” Your crush on her says that you understand that ignorance isn’t usually a choice, and you’d rather be with someone who is accepting of everyone – even those they don’t really understand.

Kesha represents strength through adversity, as we all know the highly-visible ordeal she’s been going through these days. While some choose to label her as someone crying out for attention, your support of her proves that we should all be taken seriously – even if we happen to be covered in glitter. The world needs more glitter anyway, guys.

Lea DeLaria might not be the traditional image of beauty that we see in the world, but your crush on her proves that it’s what’s inside that counts – especially when what’s inside is a whole bunch of sassiness, wrapped in activism, with a bit of dapper to hold it all together. You know that someone’s personality is what makes them so great, and you’re all about being your own witty, vulgar person, even if it makes you a pariah.

Now, LiLo fans are a little more into the party scene than the Cara fans, but can you blame them? Lindsay had a pretty rough childhood in the spotlight, like Miley, and she had to take some time for herself to get her head back on straight. Your crush on her means that you understand when your romantic interest makes some bad choices – it doesn’t mean she’s a bad person.

Megan Fox has garnered some negative attention in saying that she, as a bisexual woman, won’t sleep with other bisexual women. However, you realize that it’s powerful to know exactly who you are and exactly what you want – and if your dream girl can do so while looking absolutely fabulous, even better.

Action is important to you – all kinds of action, both the kind fueled by love and the kind that takes place inside super fast cars or alongside Danny Trejo. She makes no excuses for who she is, and she won’t let anyone else define her – exactly what you like in a woman!

You’re really into a woman who does her own thing, even if it took her a while to be comfortable in her own skin. You want someone who is unapologetic about who she is, even if that means she doesn’t always fit in with the crowd. The woman of your dreams would never put herself back into hiding just to make other people comfortable – what’s the point in that?

Your crush on political correspondent Rachel Maddow shows that you want a woman who is well-informed and also just a bit sarcastic. Although many disapprove of the way she has spoken about the U.S. President Elect Donald Trump, you want a woman who speaks her mind in any situation – even if it doesn’t win her any popularity. Her witty humor turns you on, and you need a woman who can do the same in your life.

Your crush on Ruby Rose tells us that you want someone flexible – a woman who can be either the studliest stud or the most feminine femme, all while looking absolutely fabulous. You don’t even care how much attention she’s getting from straight girls and lesbians alike – she’s bae and that’s all there is to it!

Your love for Samira tells us that you are all about using your powers for good. As a Julliard graduate, she chose to forego the more traditional path to perfection and instead bolted into everyone’s hearts as OITNB’s Poussey – at least until her untimely death at the end of the last season. Yikes. Hopefully we’ll have a chance to see her in other awesome stuff, besides just her adorable Instagram pics with future wifey Lauren Morelli.

Did we miss your crush?