How Queer Muslims From the South Are Taking A Stand 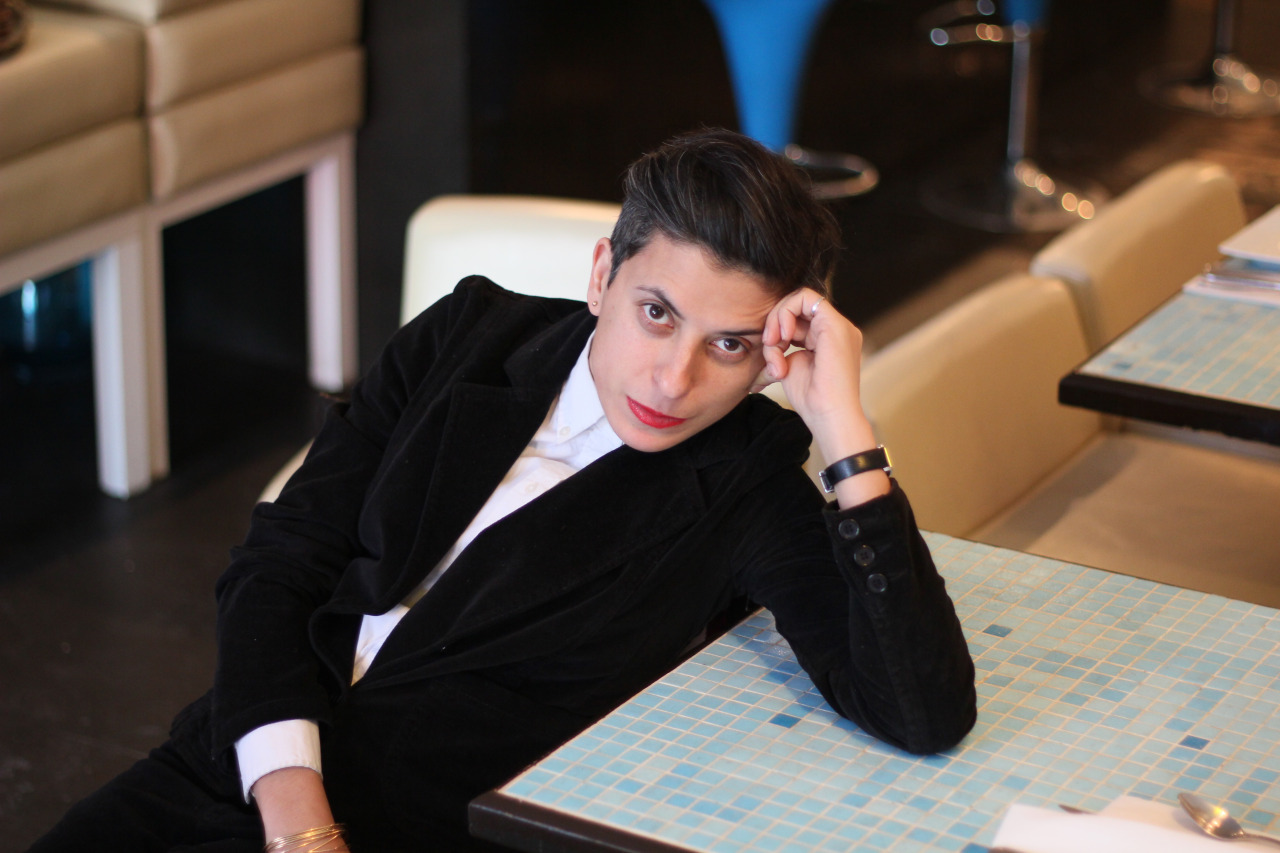 It is not always easy being a gay Muslim.

It’s difficult anywhere in the United States, where Islamophobic attacks have skyrocketed since the 2016 election. After the San Bernadino shooting in California, the rate of hate crimes against Muslims in the U.S. shot up from 12.6 per month to 38, and continues to rise.

Worse, it’s especially challenging in the American South, which is (stereotypically) known for its conservatism and xenophobia.

Mona Chalabi started Just Me and Allah: A Queer Muslim Photo Project in order to shed light on the LGBT Muslim experience – proving that not all Muslims are extremists and showing young gay Muslims that they are not alone. 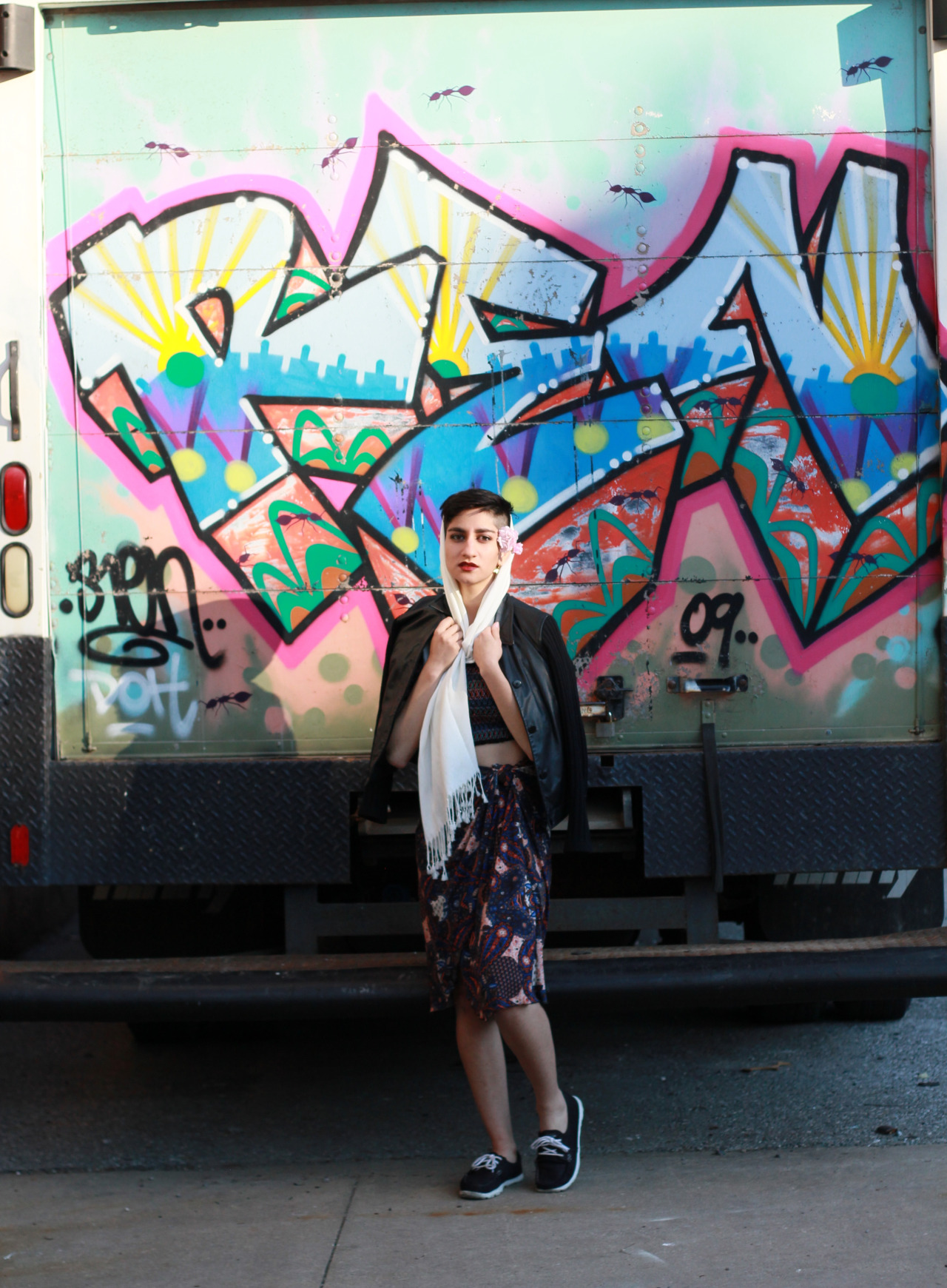 “What is it like to be gay and Muslim in the American South?” Chalabi asked several people. They all gave vastly different accounts.

A woman named Saba is terrified about what the Trump administration will do – with a flick of the pen Trump banned Muslims from seven different countries, and she fears that this is just the beginning. 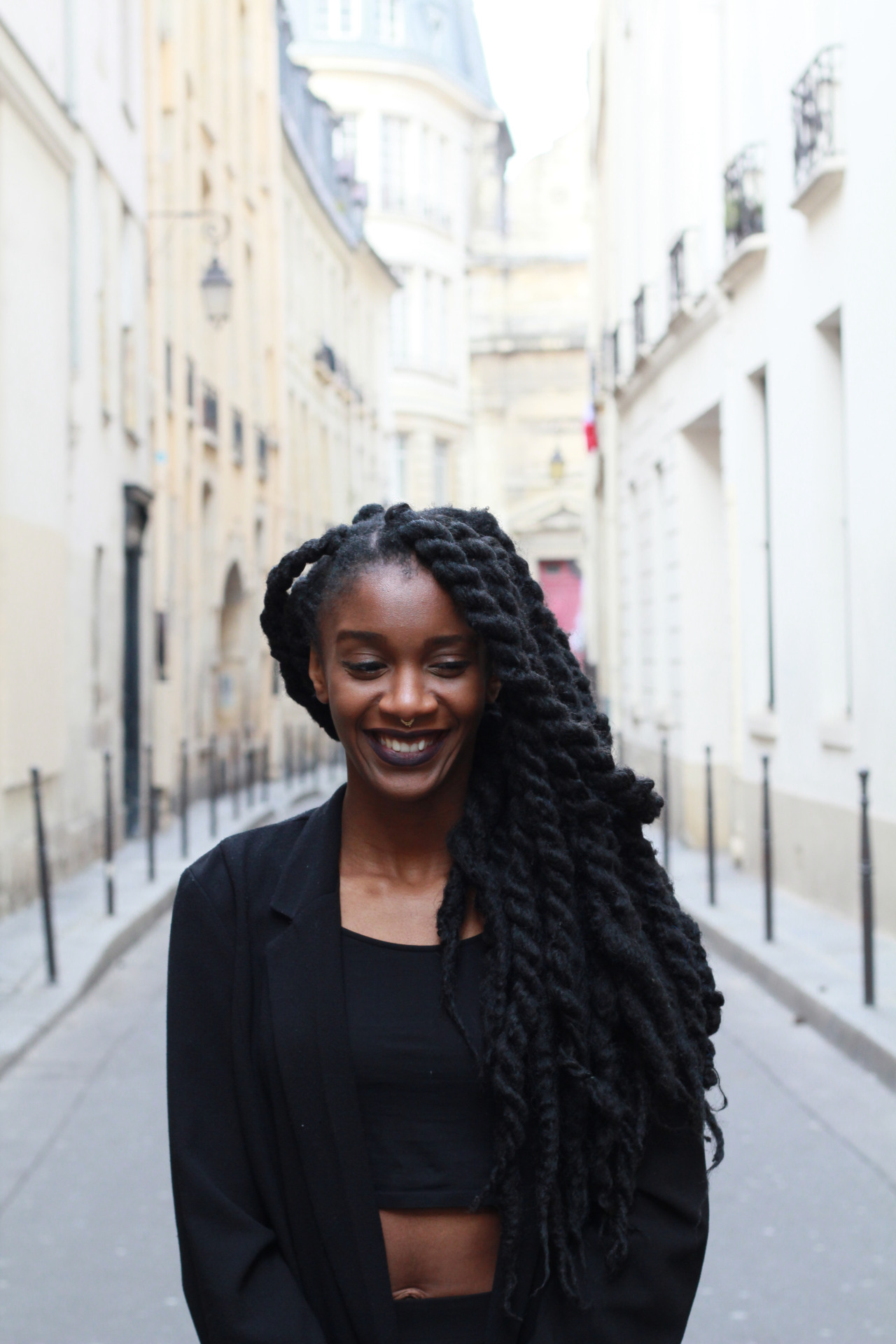 Our safety, our survival, is routinely threatened in the name of some hypothetical greater safety that does not include us. What they are trying to keep safe is white supremacy.”

And there’s so much more to worry about. On top of immigration laws and Islamophobia, Saba says she has to worry about healthcare repeal, Muslim registries, voter suppression, reproductive rights, deportation and, of course, same-sex marriage. 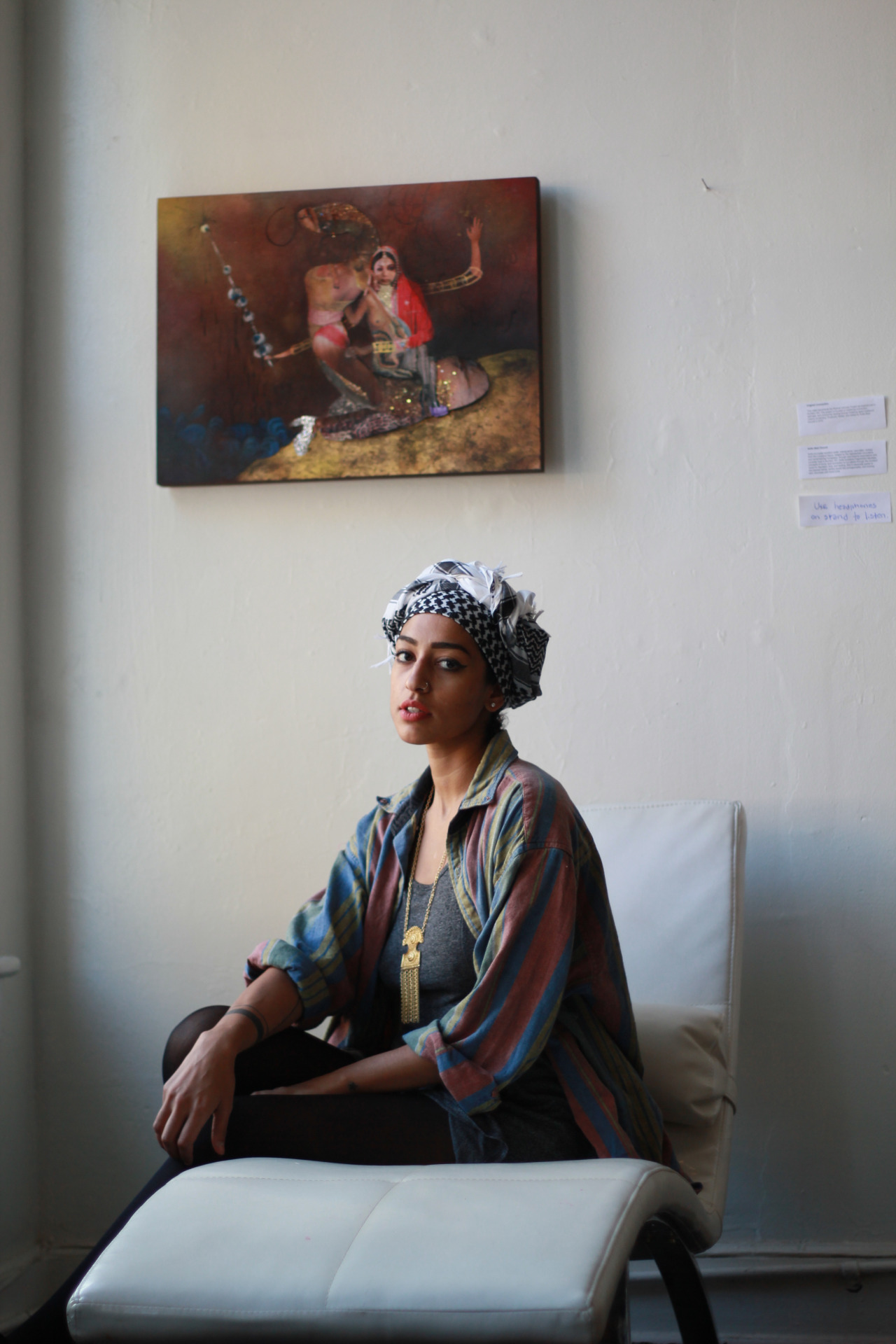 It was the fear of same-sex marriage repeal that drove a woman named Laila to hurry up and marry her girlfriend before the inauguration. The threat of losing health care and the right to marry made the decision a practical, not a romantic, one, although she is glad they tied the knot.

Laila is an activist who is growing discouraged. After the election, she said that “it seemed like all of the work done to progress this country had come to a standstill.”

Being an organizer is draining work. She spends hours, sometimes days at a time, “going door-to-door, couch-to-couch, talking to working-class people of color about the economic struggles in our community,” which is “amazing” but “exhausting.” She finds it hard not to succumb to the numbness. 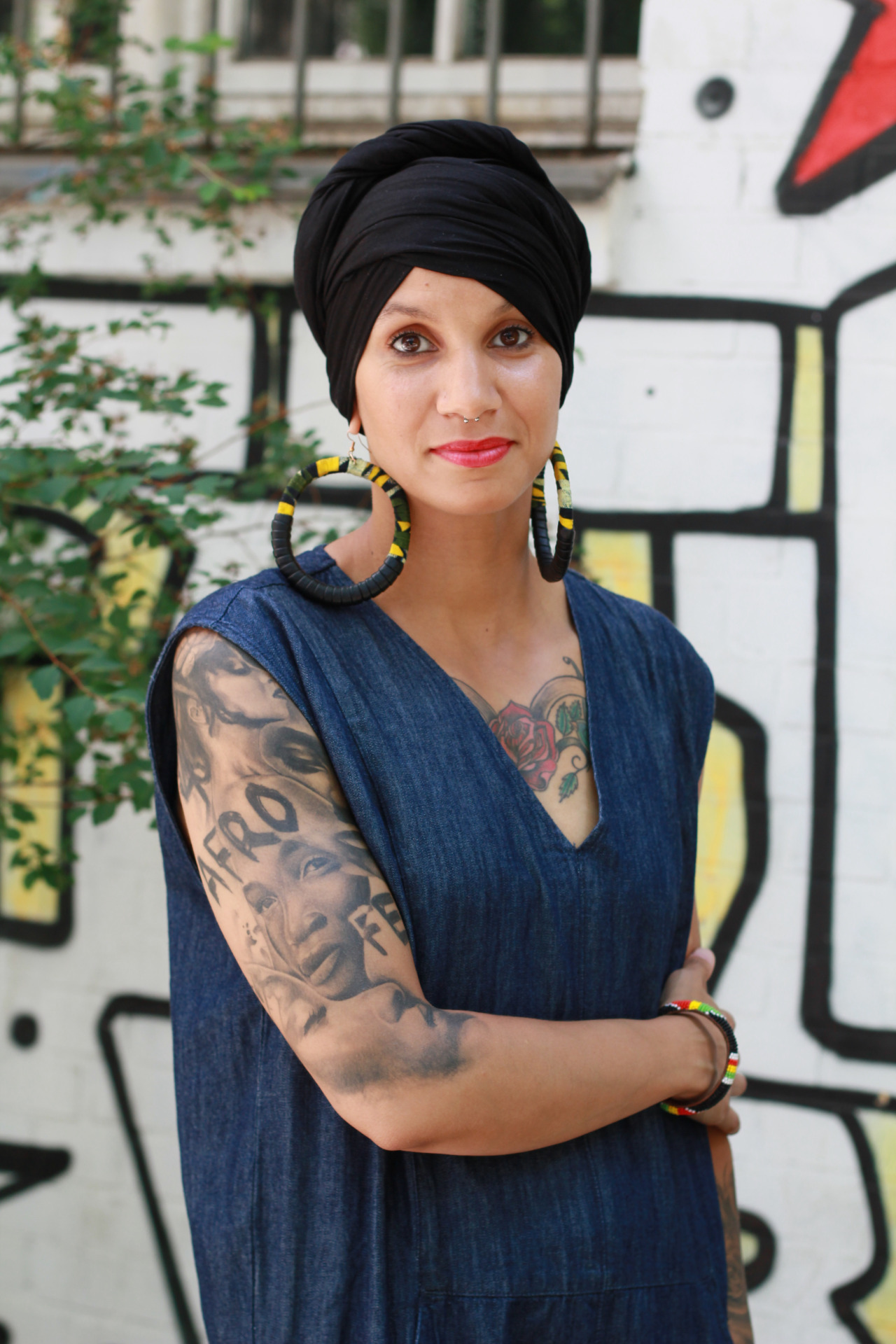 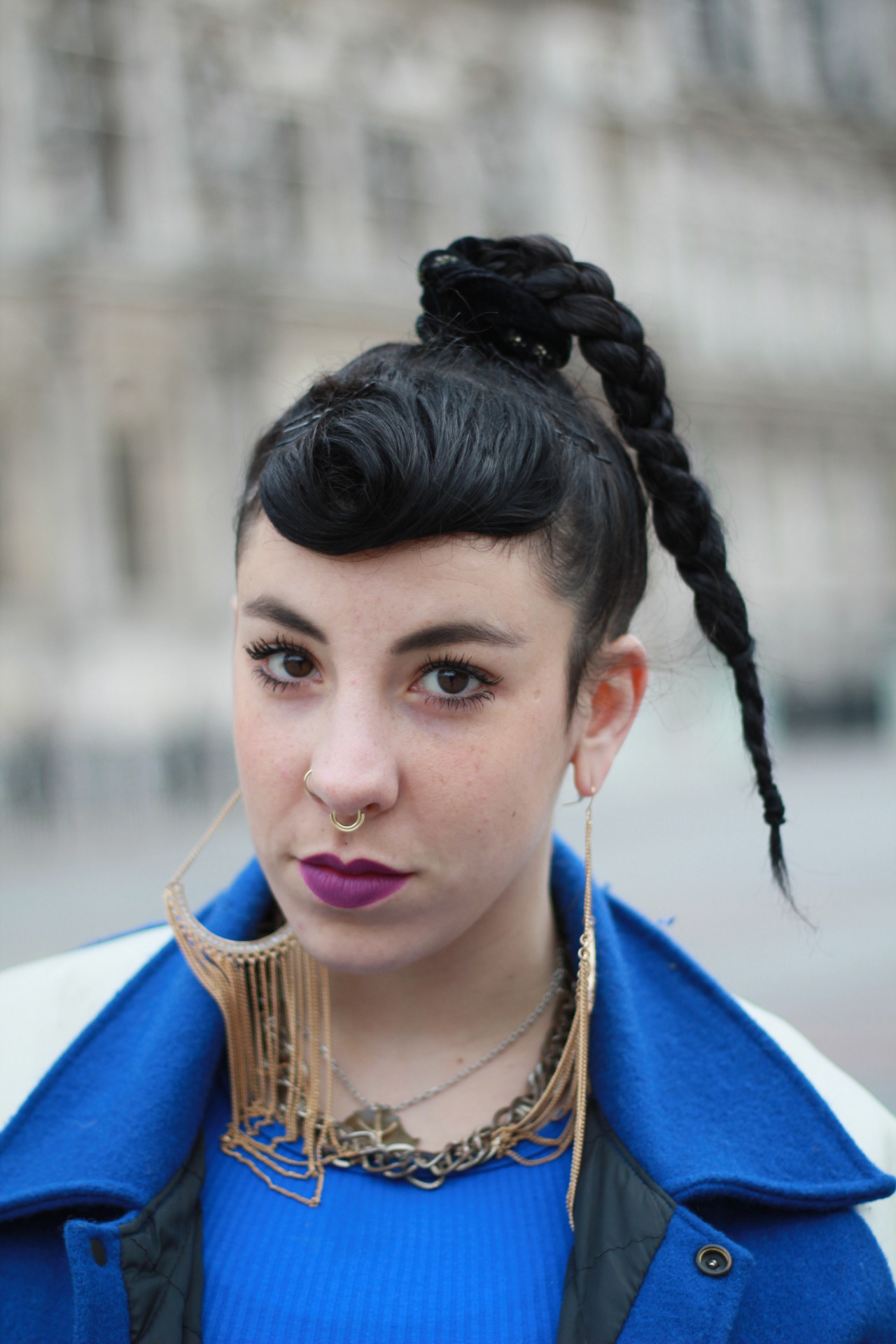 But she grins when she says, “We’re fierce as fuck.”

A woman named Sufia is more hopeful. She says, “I absolutely feel that this most recent version of fascism rearing its head is just the dying gasps of white supremacy.”

For her, being a Muslim is more political than it is religious. She finds her spirituality in the earth, and credits Islam for helping her do the internal work necessary to deal with the evils of the world. She hopes to “develop the spiritual strength to be emotionally and spiritually ready to show up against oppression, fascism, racism and to move this outward into my work in solidarity with the health of our planet, and the creatures on it.”

For more of the Queer Muslim Photo Project’s incredible work, check out the rest of the photos.