Here Are The Queerest Moments From This Year’s Emmys 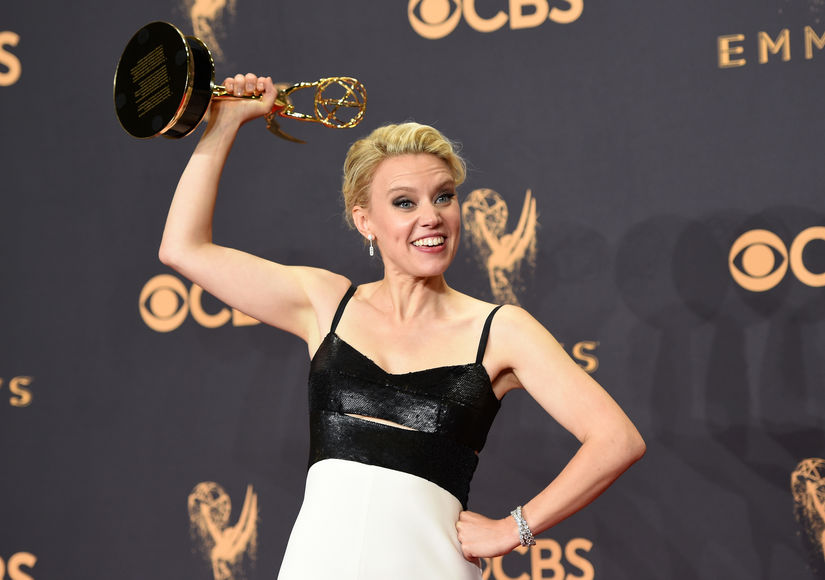 Among the biggest winners at the 2017 Emmy Awards: LGBTQ stories and storytellers.

We’ve put together the top rainbow moments of the 2017 Emmys just for you:

This year’s Emmy Awards were full of historical moments, including Lena Waithe’s incredible and well-deserved win. 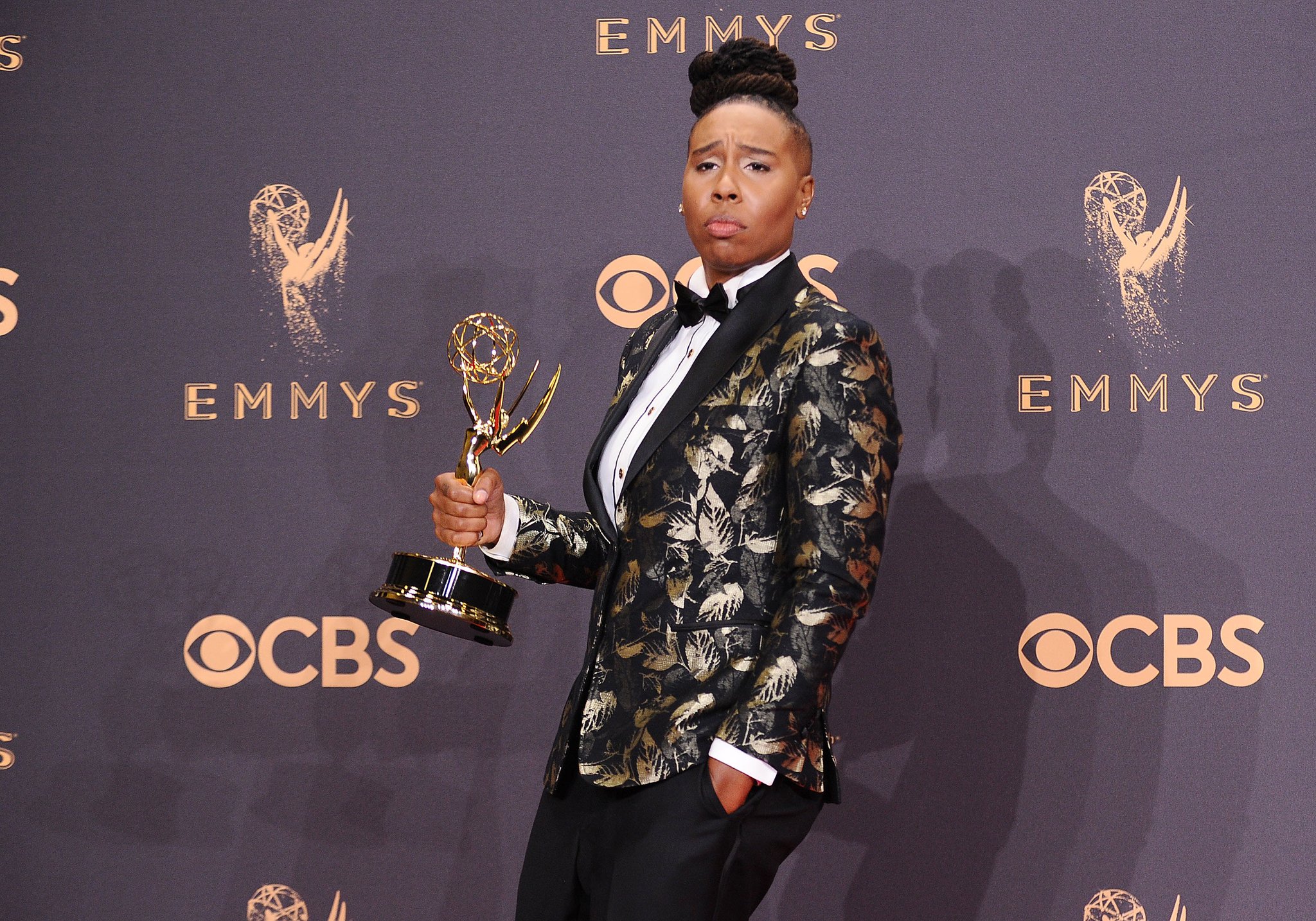 At the award show, the Master of None actress became the first black woman to win an award for comedy writing for the show’s Thanksgiving episode, which she cowrote with Aziz Ansari.

San Junipero broke with Black Mirror’s usually-bleak depiction of technology and the future, with a notably upbeat and heart-warming love story between two women. 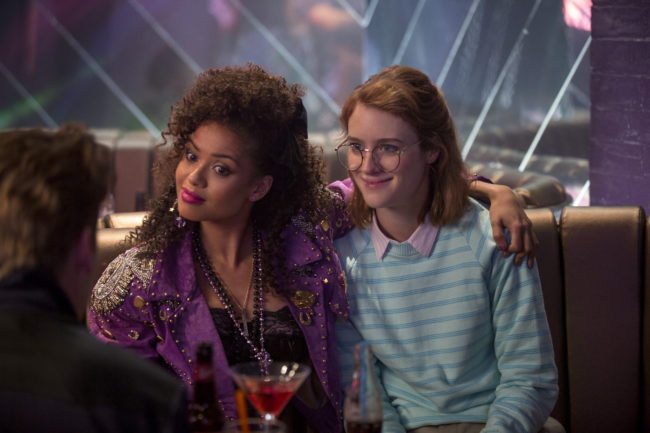 The acclaimed episode, which was near-universally acclaimed, picked up an Emmy Award for Outstanding Television Movie.

Charlie Brooker, who wrote the episode himself, also picked up the award for Outstanding Writing for a TV Movie.

The episode starred Gugu Mbatha-Raw and Mackenzie Davis as lovers Kelly and Yorkie.

Kate McKinnon was one of the early winners of the evening Sunday, beating a field that included some of her Saturday Night Live colleagues to take home the award for supporting actress in a comedy series. 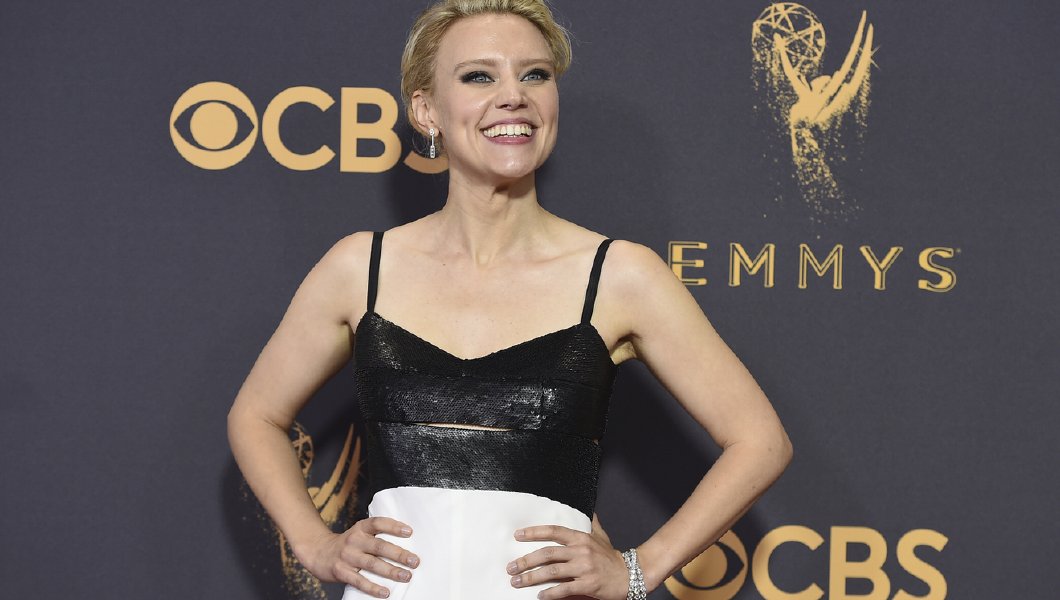 Picking up her award at last week’s pre-show Emmy’s, Alexis Bledel won the outstanding guest actress in a drama series for her haunting performance as Ofglen, in the dystopian The Handmaid’s Tale.

It was her first Emmy win.

During the telecast, host Stephen Colbert sat down for an interview with the Emmy statue herself, a golden-winged woman played by RuPaul, TV’s most famous drag queen.
RuPaul was a winner this year too, nabbing the award for host of a reality or reality-competition series for the second consecutive year at the Creative Arts Emmys last weekend.

This is a pretty queer night for CBS pic.twitter.com/58Qq4GXioY

Wiley and her wife, Orange is the New Black writer, Lauren Morelli stole everyone’s hearts with how cute they were on the red carpet and during the ceremony.

this audience shot of samira wiley and lauren morelli at the emmys is all I've ever wanted in my whole life pic.twitter.com/Ju3f33Rosx

Wiley was nominated for outstanding supporting actress in a drama series for her work on The Handmaid’s Tale.

But she was pipped at the post by her co-star, Ann Dowd.

Lily Tomlin, Dolly Parton and Jane Fonda reunited to present at the award ceremony, and used it as an opportunity to tear down Donald Trump

Lily Tomlin, Dolly Parton and Jane Fonda were the BEST part of the evening. #Emmys pic.twitter.com/xkZMLifeIF

PrevPreviousLena Whaithe Makes History At The Emmys
NextEllen: Trump Is Not Welcome On My Show Because He’s Dangerous To Gay PeopleNext