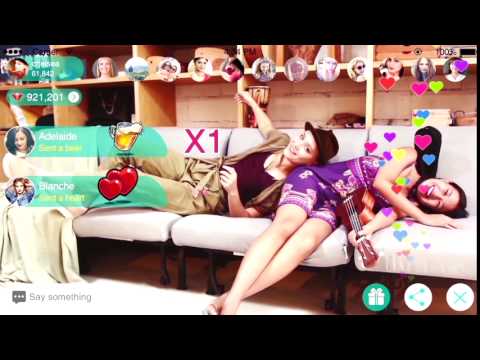 A little over a month ago, I was personally approached by the people behind Radar.tv – a new social media service aimed at the LGBT+ community. I’ve taken some time to look around the app and check it out for myself, and I must say – I’m not sure it’s for me. I’m not a video person; my comfort zone is with words and still pictures.

That being said, the app holds a number of promises for the LGBT+ community that I think aren’t being well served by other platforms.

Curious? Here’s what else you should know.

It’s live streaming, at its core.

Although my meeting with the team didn’t reveal all of the celebrity endorsers of the app, some of RuPaul’s Drag Race contestants have their own profiles, as does one big celesbian influencer – although I wasn’t told exactly which celesbian this might be. You’ll have to log into the app and figure that one out for yourself!

They stand up for the issues that matter.

When spectators watch the streams available on the app and choose to give one of the digital gifts to the streamer, the streamer receives 60% of the sale price of that particular gift. Another percentage goes to charities that support LGBT+ issues, such as the Los Angeles AIDS Walk and other groups that support HIV education and testing. Additionally, streamers can set up their own customized gifts and designate a portion of those gift sales to a charity of their choosing.

They believe everyone deserves a safe space.

One of the things that the team was most passionate to tell me about was their stance on anti-bullying issues. In addition to any specific charities that the digital gifts may support, they also seek to provide a supportive community of like-minded members so that someone is always there for you. While it might not prevent instances of bullying, directly, we all need someone sometimes – and internet friends can help a lot with that, especially in highly conservative regions.

They know what they’re doing.

Radar isn’t the group’s first project – they’ve done this before, with LiveStar – a streaming app for everyone. And, Joey Hernandez – the man who reached out to me – has been a part of the marketing team for Grindr and other LGBT-focused apps in the past. This combination gives them some extra leverage, even when they start to get copied. (Because, as of today, they are the only all-LGBT+ live streaming app in existence – and you know what they say about imitation and flattery, after all.)

They’re available for your phone.

As of October 20th, they have both an iPhone and Android app – and I was happy to be one of the first to download the Android version on its release date. Of course, as I mentioned it’s not really my thing, but I can only imagine how powerful this is going to be for people who do enjoy livestreaming.

Whatever you’re into, there’s probably a stream for that.

And, if not, create one! The streamers actually get paid for their content, whenever a commenter sends them a gift. If you’re outgoing and want to make a little money on the side, or just have some fun watching some of your favorite queer icons live, you should definitely check it out – what do you have to lose?