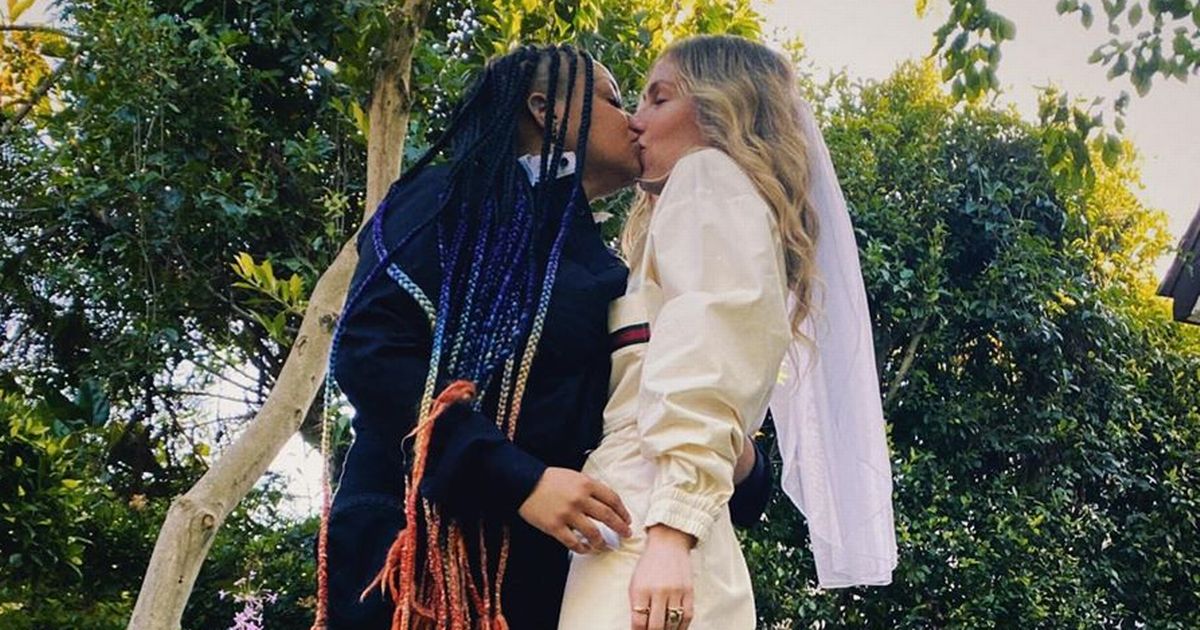 Raven-Symoné took to Instagram this week to announce that she’s tied the knot with Miranda Pearman-Maday in an intimate backyard ceremony.

“I got married to a woman who understands me from trigger to joy, from breakfast to midnight snack, from stage to home. I love you Mrs. Pearman-Maday!” Raven, 34, whose last name is Pearman, wrote alongside a picture on Instagram of her and her now-wife hugging each other.

In the sweet snap, the couple are all smiles and Miranda, wearing white, excitedly hugs her wife’s neck.

Raven wore a black button-down shirt and black pants while Maday wore a white top and white pants for their wedding.

Raven came out back in 2013, when she celebrated the legalization of gay marriage nationwide. “I can finally get married! Yay government! So proud of you,” she tweeted at the time.

Raven has been notoriously private about her relationships and it’s unclear how she met Maday, but marriage has always been on her mind.

In 2013, following the legalisation of gay marriage, the actress tweeted, “I can finally get married! Yay government! So proud of you.” She later officially came out.

In 2014, Raven further opened up about her sexuality to Oprah Winfrey.

Last year Raven explained why she is still so private about her love life despite being out. “While it was a selfish thing for me to keep my secret to myself for as long as I did, I am very happy that I’m out, if only to help someone else feel comfortable,” Raven told Variety.