The Real Reason We Want To Turn Everyone Else Gay 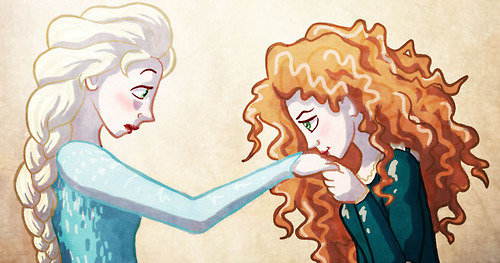 Have you heard about #StopGayingAllTheThings yet?

I hadn’t, until a few days ago. Basically, this hashtag seeks to trend “fighting back” against the “LGBTQAAIP gaystapo”. Because, of course, we as the LGBT+ community, have the potential to majorly change things in our favor.

Like every member of the LGBT+ community is working to change things.

(Ok, so some of us are working really hard at that, and others are kinda just hoping it happens within their lifetime. Whatever.)

I’ll admit that I’m the prime candidate for queerbaiting. As a woman who couldn’t look gay even if I was dressed in nothing but a rainbow sports bra and flannel boxer shorts, I’m always secretly hoping that every might be gay character is totally gay.

I used to make gaydar bets with myself about which of my friends and classmates were closeted. Maybe I still do this occasionally with celebrities. Do I wish that more queer characters were shown on television? Absofreakinglutely.

It’s not really about turning everything gay, though – but this is a numbers game. The chances of producers listening to us are pretty slim, so we’ve got to cast a wide net and hope we catch something.

Some might say, well, turning a Disney princess into a lesbian isn’t going to fix anything. The LGBT+ community will still face bigger hardships than seeing a queer character on TV. These are both entirely true statements – but we must take our battles one step at a time.

Queer characters on television are some of the easiest battles to win, because the producers understand that the queer viewership is a vital demographic. They need queer viewers, so eventually, they’ll probably give in to a queer character.

Each one represents a teenage boy who isn’t like all the stereotypes, and just wants to see himself reflected in the show. Each one represents one kid who thought they needed to take their life to finally find peace. Each one is important, and each one needs to be shown as they really are.

Sure, maybe you can rewrite your habits and reprogram your thoughts, but can you ever really change?

So maybe a hashtag isn’t going to change the world – whether it seeks to make it “us vs. them” or “we and ours”. So maybe there are bigger issues at hand. But does that mean we should stop fighting for media representation?

I don’t think we should.

If we’re searching for a voice, we have to first create one.

We can’t be heard if we don’t speak up.