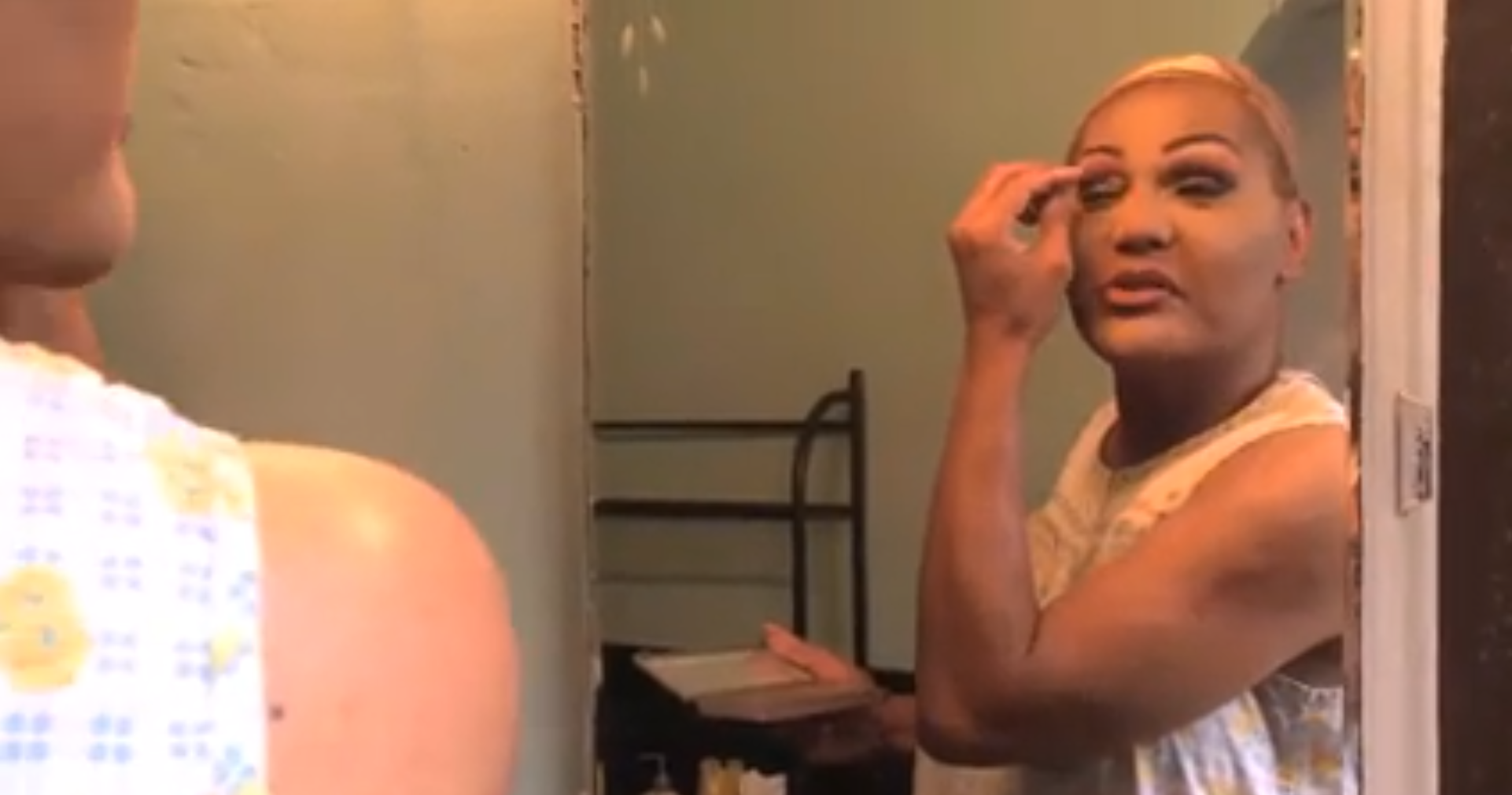 Could Marcus Parker be the next big reality star? Yes – I watched the first minute of the below show reel and was hooked.

Marcus Parker is a husband, a Christian and father to three young children, but he’s hardly traditional. Why, because Parker is also drag queen called Flame Monroe, who happens to be bisexual that is married to a lesbian butch, and also self-identified a transgender person, having had surgical interventions to create breasts and other feminine characteristics – WOW!

I’m a transgender man who lives his life now as a man, so that my children can have some kind of normalcy in their lives. Because I’m already extreme.”

I guess what makes the story line so interesting the shifting lines between gender and sexuality. Parker’s political and moral commitments challenge the idea that all queer people must share the same values.

This story throws out so many questions – is he a trans* woman or a drag artist? Does his living as a man mean he’s doing a male drag act at home? And what is the correct label to use about his sexuality considering his relationship is now with a female soft-butch lesbian.

But deep down, what is clear, is a show like this demonstrate that these kinds of questions don’t really matter. Parker has made a family and a life for himself that clearly brings him joy, so the details shouldn’t concern us.

And as we advance as a culture and society these individual cases will become less unique – gender and sexuality will not be an issue.