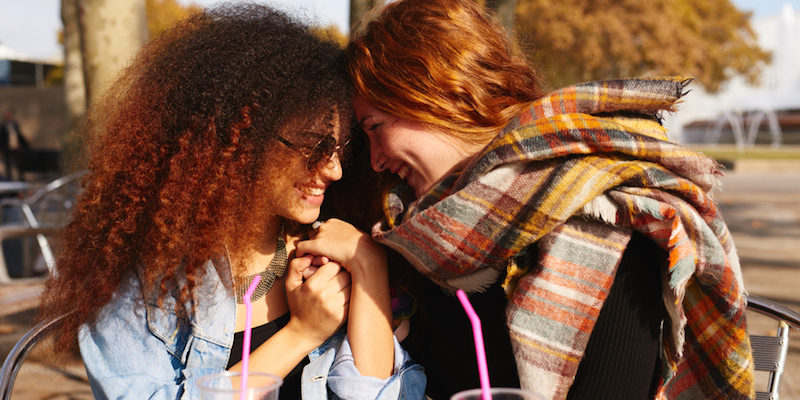 Our sex lives are weird. It often comes in waves – usually no sex at the beginning of a relationship, and then a lot of sex when the relationship starts to “heat up”, and then back to very little sex (or even none at all) after a while. These slumps are frustrating, and they can often help tip the scales in favor of “happy” or “unhappy” in the relationship. Truthfully, though, sex isn’t quite as important as we’d like to think it is. Sure, it’s fun, and it can be a nice way to reinvest in each other after a particularly rough fight. But, it’s not everything, and here are a few reasons why.

Your relationship isn’t all about sex.

Unless your relationship is all about sex, a slump in your sex life doesn’t mean that it’s all over. All couples go through dry spells, and it doesn’t mean you love each other any less. It just means that there are more important things to worry about.

Just because you haven’t had sex in a while doesn’t mean you’ll never have sex with her again. There are a million reasons why a couple can stop (or slow down) the sexual aspect of their relationship, and it’s very rarely cause for concern.

You can “fix” your sex life.

Believe it or not, even if the two of you haven’t had sex in a really, really long time, you can usually bring it back, when the time is right. Focus on getting rid of the stress in your life first – this is actually one of the most common reasons for a sexual slump, and even though sex is a great stress reliever, there comes a point where you can’t bring yourself to want sex when you’re too focused on other things. A sensual massage can be a great way to turn “off” her stress and inhibitions while simultaneously turning “on” her body’s responsiveness to your touch.

Most people don’t build their entire lives around sex.

No matter what the movies, or your ex-girlfriends, might have led you to believe – sex is an afterthought for most people, most of the time. Sure, there are some times when it seems like the most important thing – especially if you’re not getting any – but that’s simply not true. I’d rather be respected in a sexless relationship than have a million orgasms in a relationship where I don’t feel valued – what about you?

My generation has become far too accustomed to getting things right when they want them. It’s great – except that you actually enjoy things more if you have to wait for them. If you got laid every time you wanted to, it would probably all seem pretty average after a while, even if your partner is the best lover you’ve ever had. (Not that I’m talking from personal experience here… Ahem.) Some people actually force sex slumps in their relationships for this exact reason, and while I don’t recommend that, either, it’s good to know that waiting will make it better.

A lack of sex doesn’t mean a lack of attraction.

We can be attracted to a million different people in our lives, and only have sex with a handful of them. Does this mean we weren’t attracted to the other 999,987 (or whatever the actual numbers are)? No – it just means that having sex with them wasn’t our primary goal. We might forget this when in the confines of a relationship, but it’s just as true with your girlfriend as it is for your celebrity crush.

A lack of sex doesn’t mean a lack of love.

Over time, our love for our partner will change into something else. This isn’t always a bad thing. Just because the two of you aren’t having sex doesn’t mean that you’re doomed. It just means that the love is more of a family love right now – and that’s perfectly okay.

There are more important issues.

Does your partner tell (and show) you that she loves you? Does she let you know how important you are to her? These things are infinitely more important than orgasms, and even though there are numerous health benefits to having regular sex, that doesn’t mean that not having sex is unhealthy.

Most likely, the sex will come back.

As long as the other important parts of the relationship are still there – love, trust, respect, and loyalty – you’ll probably have sex again. It might not even take as long as you think it will. (Keep an eye out for helpful tips to bring it back quicker – but try not to build the rest of your relationship around the sex you’re not having right now.)