Rescue Your Girlfriend In This Lesbian Adventure Game 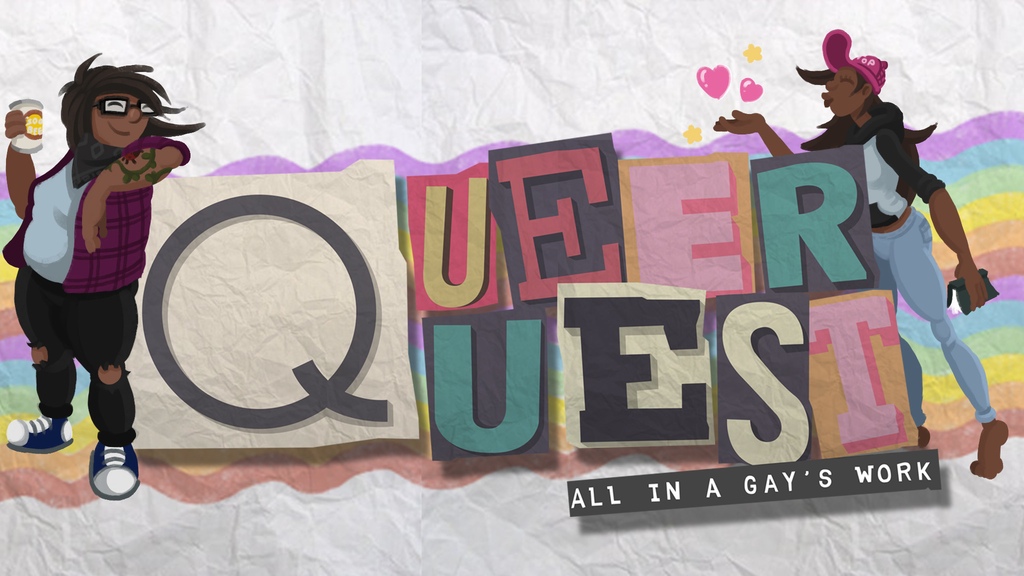 Your name is Lupe, you wear a fanny pack, and you have to rescue your girlfriend from the clutches of evil.

In the new adventure game Queer Quest: All in a Gay’s Work, you will point-and-click your way through a Portland gayborhood of quirky characters and strange scenarios. Playing as butch lesbian Lupe, you will also decipher puzzles and practice virtual self-care. Sorry, did I say point-and-click? I meant “point-and-clit.” 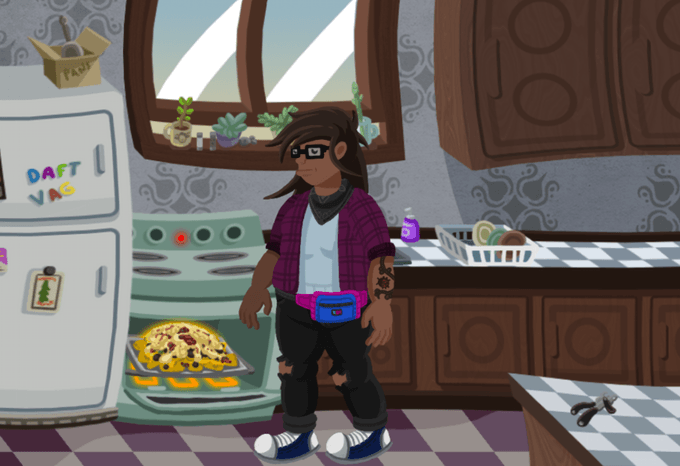 Besides the whole My-Girlfriend-Is-Kidnapped storyline, this game hits pretty close to home for most lesbians. I mean, your character wears a flannel shirt, for crying out loud. Her alternative lifestyle haircut is also very appealing.

Every stage of the game is a different puzzle. One moment, you’ll be pushing your way through a naked bike ride that’s blocking the street, and the next you’ll be kicking “breeders” out of a drag show so that more gay people can get in.

Other locations and puzzle descriptions include:

• Tobi lost his earplug! And without it his ear looks like a butthole.
• Theo has FOMO (Fear Of Missing Out).
• Femme sex party!
• Hipster coffee shop!
• Lou left her shirt at a girl’s house…but can’t remember which one! 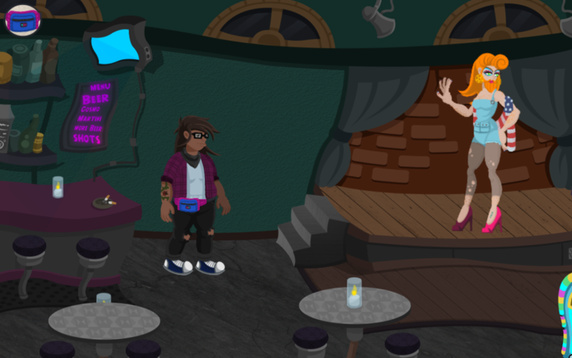 The game’s creators were inspired by a recent hate crime that targeted an LGBT couple in Portland. In response to the assault, the local queer community organized a giant protest, holding hands across a bridge. Queer Quest was created in order to demonstrate how queer communities hold themselves together during tragedies.

Huffington Post expressed interest in the game, saying, “Never in our wildest dreams did we think we’d be playing video games about our actual lives! We’re so ready.”

Unfortunately, Queer Quest did not make its Kickstarter goal. However, its lead creator Mo will continue raising money for the game and funding it out of pocket. Follow the game on Patreon, and get more information at the official QueerMoGames website.

Official summary: Queer Quest is a queer-as-fuck point-and-clit adventure game. Inspired by classic gems like Monkey Island, Kings Quest, and Leisure Suit Larry, but set in a queer community in the pacific northwest. You play as Lupe, a long haired butch with a heart of gold.  She lives with her babely girlfriend, Alexis,  that is until one day when Alexis gets kidnapped! You gotta help Lupe by deciphering clues, talking to lovable weirdos, and navigating self care.

PrevPreviousLauren Lubin and ‘We Exist’: A Documentary on the Life of Non-Binary People
NextWhat Your Queer Girl Celebrity Crush Says About YouNext