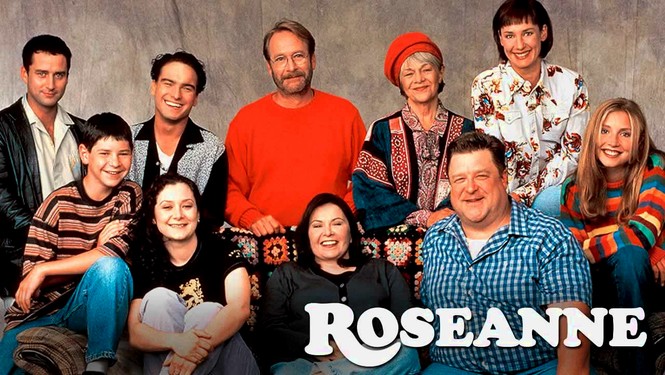 They were one of America’s favourite families in the late 1980s and ’90s – with their affectionate bickering, everyday crises, growing pains and belly laughs beamed into more than 20 million homes in the US.

Now the Conners are coming back, more than 20 years after the last episode of Roseanne was aired.

According to The Hollywood Reporter, Sara Gilbert – who is currently a co-host of the CBS daytime show The Talk – spearheaded the revival.

Earlier this year, Gilbert had Goodman on the talk show as a guest and the two reprised their characters of Dan and Darlene Conner in a comedy bit.

Also returning will be Laurie Metcalf (Jackie), Michael Fishman (D.J.) and Lecy Goranson (Becky) are all set to return.

Sarah Chalke played the role of Becky after Goranson left the show. She will also return but in a different role.

Roseanne ran on ABC from 1998-97 and had several gay characters including Roseanne’s friend Nancy (Sandra Bernhard) and her former boss Leon (Martin Mull) who married his boyfriend Scott (Fred Willard) in a 1995 episode.

A year earlier, Roseanne had visited a gay bar with Nancy and was kissed on the lips by guest star Mariel Hemingway.