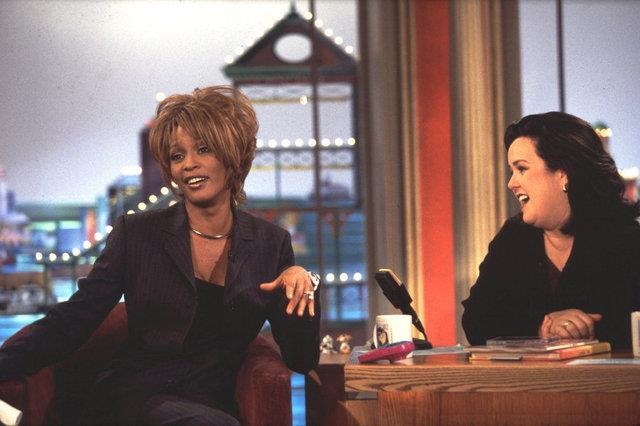 Speaking to Andy Cohen this week, Rosie O’Donnell made claims Whitney Houston was part of a secret group of famous lesbians.

She also claims she knew Houston and her personal assistant Robyn Crawford were a couple.

I knew that they were together. I was friends with a lot of very athletic older lesbian women who were in the WNBA – all these basketball playing women.

I knew that, I knew it for a very long time. Everyone sort of knew it.

So I thought it was very surprising when Clive Davis came out and said he never discussed her being gay.

I don’t believe that for one minute.”

Rumours of Houston’s sexuality have circulated for decades, and in the recent docu-film Whitney: Can I Be Me  claimed the singer was bisexual, but not out to the public.

Watch a clip from the show below: