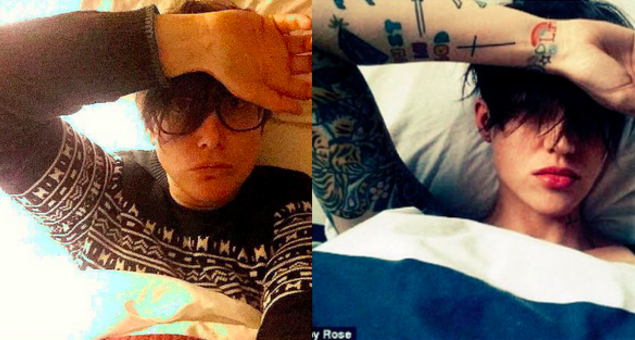 Comedian Hannah Gadsby is on a mission – to be Australia’s next big lesbian icon.

In the last few days Gadsby has posted over a dozen hilarious Ruby Rose inspired selfies on her Instagram acoount.

The launch of season 3 Orange Is The New Black, introduced the world to Ruby Rose and her character Stella Carlin.

Since then, she has become the poster child gender fluidity, and there have already been comparisons between her character and the prototype lesbian seductress, The L Word’s Shane McCutcheon.

With Season 4 of OITNB now in production, and the continued trajectory of Australians making it in Hollywood, Hannah Gadsby is keen to emulate Rose’s Insta fame.

Does she have what it takes? We think so.

John and I thought it would be less creepy to sleep with our eyes closed. Rookies error! Soz rubes #rubyroseunderstudy #rubyrose #hannah4oitnb