The Rules of Dating After A Long-Term Relationship Ends 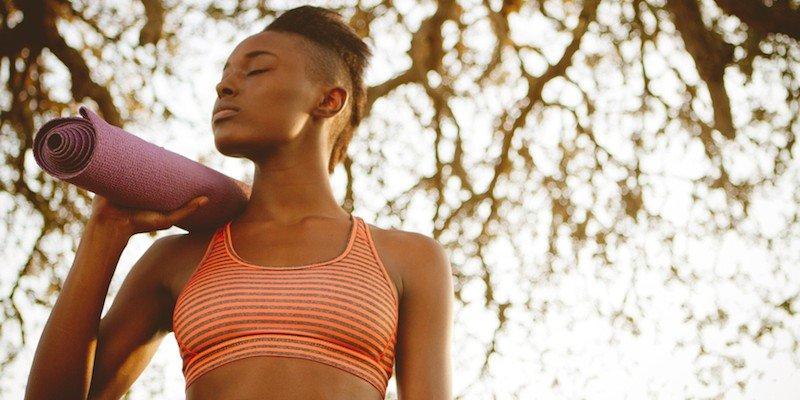 Being in a long-term relationship is an experience that’s somehow both invigorating and peaceful, all at the same time. You’ve got the excitement of having sex whenever you want, with minimal effort required on your appearance beforehand. It’s also pretty structured – you know who you’re going to wake up next to, who you’re going to fall asleep next to, and who you’re going to share the details in between with.

And then, one day it ends, and for a little while, it feels like the end of the world.

Only… It’s not! After a while, things get better, and you start to let go of the things that went wrong. You’ve hopefully done some reflection to understand what you messed up, and what was just your partner being unreasonable. You pick up all the pieces of yourself, and you’re ready to get back out on the market again.

If you and your ex live together, you’ll obviously need to move out before you begin dating anyone else. It seems obvious, but that’s hard sometimes. But picture things from your potential new partner’s perspective: Would you want to date someone who lives in the same house as the last person she had sex with? Probably not. If this means it takes you a while to start dating again, let it take a while. There’s no rush.

This can be a difficult choice to make, especially if the two of you have unresolved issues or want to try to stay friends. It’s important to realize that trying to push a friendship with someone you still have feelings for is pretty much impossible – save yourself the pain, and avoid those awkward talks, at least for now. If you have a child or pet to transport between the two of you, try and find someone to mediate until all the hostility and attraction is gone from both parties.

Don’t try to rush into anything.

If you were in your last relationship for a really long time, there’s going to be a part of you that doesn’t even know what to do without a partner anymore. Ignore that part – that’s where addictions and habits come from. Instead, focus on being single for a while. There’s no scientific way to know when you’re ready, so it’s best if you let things come to you.

Just because you’re keeping some space for yourself doesn’t mean you can play with someone else’s emotions. Be clear about your situation, and don’t take advantage of anyone else’s. There is still a chance that someone’s feelings will be hurt – but it’ll hurt so much more if you’re dishonest about it.

Anytime you’re having sex with someone new, you should be using protection until you’re 100% certain that there’s nothing to worry about. It’s a good idea to avoid sexual situations anyway, but sometimes things happen – just make sure you’re being careful about it. (Also, it’s always a good idea to get tested regularly – especially if you’re having sex with multiple partners or not using proper protection.)

Understand that this new woman is not your ex.

It’s pretty normal to accidentally project your insecurities onto your partner – but be careful that you’re not punishing her for someone else’s actions. The same is true for any positive traits your ex had. Make sure you’re not holding your new partner to an unfair expectation. She is not obligated to do the same things for you that your ex might have.

Understand she doesn’t want to hear about your ex, either.

I get it – this woman was a part of your life for however many years, and she’s going to be in a lot of your stories. Do yourself and your new date a favor – don’t tell those stories yet. Give it some time for the new relationship to develop a little before you start sharing those. And if the story involves sex? Trash it, right now. Trust me on this one. Your new girlfriend is never going to want to hear that story.

If your relationship lasted more than a few years, it’s normal to want to pick up where you left off in your last relationship. My current girlfriend and I had both gotten out of a four-year relationship not too long before we got together, and the first few months were a bit awkward, to say the least. But things mellowed out eventually, as they should. Remember that, even once you have a new girlfriend and things are starting to get serious, it should probably take you longer to be as committed in this relationship when compared to your last one. If you find yourself tempted to merge sooner, take a deep breath and remember that this relationship is newer than it feels.

This is a hard one for me – I have a hard time loosening up and going with the flow sometimes. Once you’re used to the structure of a long-term live-in relationship, the chaos of something newer is almost overwhelming. Don’t forget to stop every now and then and have a laugh at yourself – it’s good for the soul!