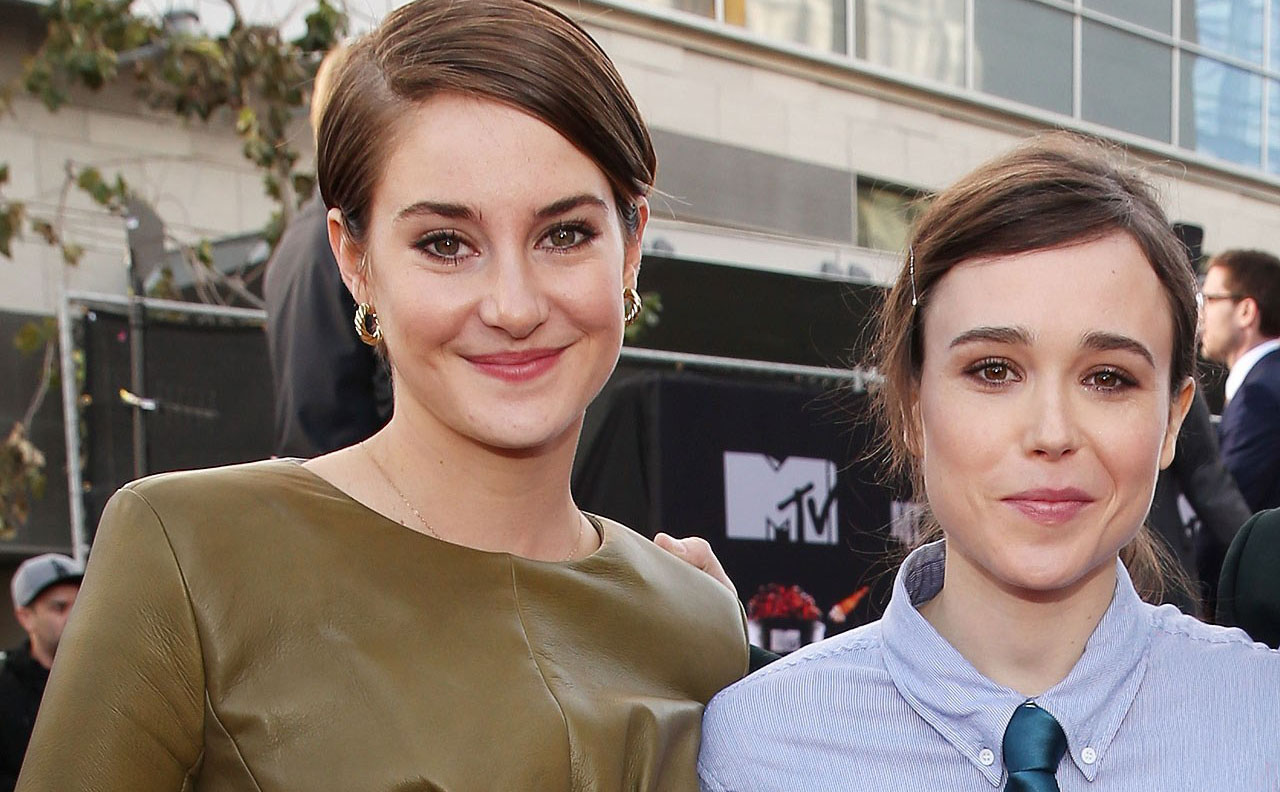 Kristen Stewart is still driving the tabloids wild, not only is she the face of Wonderland, BUT she still insisting on travelling the world with make-up artist, and LESBIAN friend, Alicia Cargile. Are they, aren’t they… we’re not too sure, but they certainly have everyone’s attention.

Really – but they’re just BFFs. Well apparently Ellen’s coming out and Shailene’s fluidity in love means there is plenty of room too gossip.

According to certain sources, the pair are rumoured to be dating, having been spotted dining in West Hollywood. A dinner, which comes on the back of Shailene hinting at her possible bisexuality – telling The Hollywood Reporter:

“I fall in love with human beings based on who they are, not based on what they do or what sex they are.”

Personally I think everyone needs to calm down a little bit. Yes they would make a great lesbian power couple, but a dinner date with a lesbian doesn’t automatically make you gay.

On a slightly sadder note – rumours were buzzing that Angel Haze and her girlfriend Ireland Baldwin split. Noooooooo!

It was only 48 short hours ago, we were blissfully happy, listen to Haze’s brilliant new track, Candlxs, a love song she says she wrote for her girlfriend.

But then something terrible happened, with the rapper tweeting:

But like all lesbian relationship the heartache was short lived and today the couple are back in love again… phew.

And final we have Cara Delevingne. Oh Cara, Cara, Cara… how you make our office buzz. According to source, Ms Delevingne love affair with Selena Gomez is over… when did it even start?! Hmmm, I seem to remember this little rumour started circulating last year for some reason vaguely to do with Justin bieber, but this short-lived romance has now been dashed by Gomez moving onto DJ Beau Zedd. Shame.

Alas we cannot be too sad for Ms Delevingne, as she has quickly been embraced by two Hollywood tribes – the Willis (Bruce Willis and Demi Moore children).

…and by the Kardashian sisters. Hurrah – may the partying continue.